From South America (Montevideo) to the world, Patricia López travels with a strong musical personality, developing her own voice in jazz and creative music.

She began studying music in Uruguay, in 1998th, and from the beginning, she became interested in improvisation and composition. Her first instrument was the guitar and in 2000th she began studying saxophone entering the Municipal Conservatory of Music of Montevideo.

In 2001th she began studying the flute as a secondary instrument.

In 2006th, Patricia settled in Argentina, Buenos Aires, to study jazz and expand her musical knowledge. In 2010th, she was accepted as a student of the Superior Conservatory of Music “Manuel de Falla” and completed the Higher Technique in Jazz. During her studies, she integrated several projects as a saxophonist (alto, baritone, tenor) with renowned musicians performing in many theatres and venues.

In 2014th, after finishing her studies in Buenos Aires, Patricia returned to Montevideo she had the opportunity to perform live with renowned international and regional musicians on important national stages.

Both in 2015th and 2016th, she participated in several workshops and master classes: Workshop of Brazilian Popular Music (Curitiba - Brazil), Master Class of sax and improvisation with Vittor Alcántara (Brazil) and Marcelo Martins (Brazil), Arrangement Workshop with Gonzalo Levin(Montevideo), Master Improvisation Class with Ben Van den Dunguen (The Netherlands). At the same time, she received the FONAM scholarship to attend the SIM - creative improvisation workshop - at the Brooklyn Conservatory, New York.

In 2017th she settled in The Hague, Holland, to continue her composition studies with the American saxophonist Michael Moore and her improvisation studies with the Dutch saxophonist Floriaan Wempe. In the city of Rotterdam, she studied at EPM (Brazilian popular music school) and was part of the circuit ”North sea around town” with the EPM choro ensemble at the framework of the prestigious Jazz festival ”North Sea Jazz”. In the city of The Hague, she played at the jazz festival “Cuttin Edge” and was part of the photographic exhibition of musicians. She also performed at Gouda city with “VOX POP FEMALE CHOIR” (female choir of 30 women). At the same time, was part of the project of the journalist Heber Perdigon (Uruguay) with photographs by Pascal Milhavet (France) that brings together more than 100 Uruguayan artists based abroad. Also in The Netherlands, she was part of the legendary blues band “Bos blues band” and performed on different stages and jam sessions in Amsterdam, The Hague, and Rotterdam and worked as a show editor for the show producer “Projazz” (www.projazz.nl).

In 2019th she made two presentations in the city of Buenos Aires leading the trio with Pia Hernandez (piano) and Santiago Lamisovski (double bass). In July, she performed for the first time in Valparaiso, Chile, at the international jazz festival leading her own quartet. In Montevideo, she made the recording of her first album “Wanderlust” with her own compositions accompanied by Manuel Ojeda (guitar), Damian Taveira (drums) and Ian Elizondo (double bass).

In October of the same year, Patricia returned to Chile and toured twelve concerts as the leader of different jazz groups. It was accompanied by more than thirty Chilean musicians of the best level of the local scene. Later in Montevideo, she organized and lidered “Naima” a female quintet to perform at the Montevideo jazz festival (Solis Theatre) organized by Jazz Tour. At the same year, she received the “Eduardo Victor Haedo” scholarship from the the Ministry of Education and Culture of Uruguay in the “professional musician” category to study in New York city with the prestigious saxophonist Chris Cheek.

Patricia Lopez
“An excellent saxophonist and all around musician.” — CHRIS POTTER

Patricia has large experience as sax, flute, theory, harmony, impro and ensembles teacher, instructing both beginner to advanced. In every case, the aim is to provide the students with a wide range of performing resources in different musical areas. "From the beggining, we work the sound quality and rythm -both essencial aspects in jazz-, combining it with reading, exercises techique and repertoire. We go through well-known methods, duets, play alongs and other excercises that help achiving a complete and efficient practice". 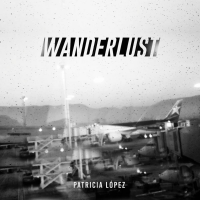 All About Jazz musician pages are maintained by musicians, publicists and trusted members like you. Interested? Tell us why you would like to improve the Patricia López musician page.