Patrizio Buanne spent his childhood living and traveling from an early age between his families hometown Naples, Italy and Vienna, Austria, due to his parent's restaurant business.

This multi-cultural upbringing sparked in Patrizio an early passion for languages, and by the age of 17 he already spoke fluent Italian, German, English, French and Spanish. It seemed obvious for both Patrizio and his parents for him to become an interpreter, and after graduation from school he went on to study Slavic languages at University and today he can add fluent Polish to his language tool kit. But whilst his aptitude for languages is admirable, a much greater gift, apparent even from the age of 4, was emerging--his gift to be able to sing and entertain people.

While Patrizio's parents would record old vinyl records onto cassettes to be played in their restaurant, the three or four year old Patrizio would sing along enthusiastically whilst playing with his toys. At the age of eight Patrizio received his first guitar which further encouraged his interest in entertaining his family and friends in the “Buanne home”.

At the age of eleven, Patrizio had the first of his many appearances in talent contests. With the conviction at such an early age to, ultimately, become a singer and actor he ended up winning all the competitions he ever participated in. Several small musical productions and gigs, with his self-formed rock and roll band, and as a solo performer then followed.

Six years later, when Patrizio was seventeen, a music industry manager who had heard Patrizio sing proposed a performance at the occasion of the “Papal visit” in Wroclaw, Poland. The song, which was half in Italian, half in polish, had been written for the opening mass, and with 85.000 people in attendance Patrizio's sudden popularity with the polish public led to his first local record deal. But tragically, it was also to be the year that his father died from virulent cancer, and the subsequent grief became such that Patrizio almost lost his own life to a perforated ulcer. “It was music and the goal to make my family proud that kept me alive and made me strong” Patrizio.

At nineteen, Patrizio graduated from school in Vienna and moved back to Italy for good. He attended a university in Rome to study languages, whilst looking out for opportunities in the entertainment industry. Patrizio quickly became popular through various talent competitions, and was requested to be a guest and entertainer on various Italian television shows such as “Momenti di Gloria”, “Domenica In” and “Libero”. This success lead to Patrizio being offered a contract to work as an entertainer for the production company that produced shows for the Italian Broadcasting Corporation, RAI and Mediaset.

Patrizio's real ambition, however, was to become an international recording artist and from 1999 onwards he invested his own money into shaping ideas and concepts with which to approach record companies and international concert promoters. Various trips and tours were undertaken, as well as independently distributed CD's and DVD's--all of which without having a manager.

In 2004 Patrizio approached a producer who had the right resources to realize his concept and idea of recording with an orchestra comprising a collection of romantic and fun songs from the Italian songbook. The very songs that Patrizio was brought up listening to and dedicated to his late father. That way Patrizio also wanted to explain on the other hand that Italian music is not just opera or classical, but hat there are countless tunes that are originally Italian, and became international standards over the years. With a finished produced album under his belt he auditioned for several record companies and was finally signed by a major record company in the UK for a world wide release. His international debut album entitled, “The Italian” , was finished at the Abbey Road Studios (made famous by The Beatles) in London, accompanied by the Royal Philharmonic Orchestra. After its first release in February 2005, it reached the top ten on the pop charts in the United Kingdom, where it attained golden status after only 1 week.

Following international promotion, the album was certified as platinum in South Africa, as well as across Asia, New Zealand, some European countries and even reached triple platinum status in Australia.

His live concert DVD certified platinum sales and was broadcasted on the American public television network PBS breaking records at PBS stations across the United States which lead to his first US tour playing venues with a capacity of 2000-3500 people across the nation.

Patrizio's second album “Forever Begins Tonight”, in many ways a “volume 2 “ of his debut album, reached #53 in the US. The album included an Italian version of “Angels”(entitled “Un angelo”) originally recorded by British singer Robbie Williams, which became Patrizio's first radio hit in the United States.

In October 2006 Patrizio was invited by the NIAF (National Italian American Foundation)to perform at the prestigious gala in Washington, D.C, for US President George W. Bush.

In less than two years, his debut album “The Italian” and “Forever begins tonight” had captured the hearts of fans of timeless Italian songs worldwide to the extent that over a million albums were sold, and all this without Patrizio having an international radio hit or professional music management.

With this significant success under his belt and huge demand in the US, Patrizio decided that in order to take his career to the next level, he would need to spend time in the US not only touring, but to seek representation from a serious player within the music establishment.

Having spent the following one and half years living and performing exclusively in the US, Patrizio finally found that person in 2008 in Jim Morey, one of America's biggest and most long-standing Managers.

In Mr. Morey, Patrizio had finally found not only the person with the belief, passion and enthusiasm to guide him through his next chapter but a business partner with the right reputation and know how.

This next phase included securing a new global recording contract with Warner Music and the recording of Patrizio's 3rd album, under the helm of veteran music producers such as, Humberto Gatica, a man who felt in love with Patrizio's voice and understood his vision from the very first day, and Brian Rawlings who is responsible for countless hits in the last 20 years, recognized Patrizio's potentials and was enthusiastic to write for Patrizio's new release . This new fresh team has ever since collaborated on researching more tunes of the Italian songbook, that have become Patrizio's trade mark, but that also feature this time Patrizio's own contemporary and timeless interpretation of International and American standards, alongside some stunning new compositions for an eponymous titled CD. Simply named Patrizio.

Its first release in Australia, New Zealand, Asia and South Africa by Warner Music in September 2009, responded not only with Platinum awards but with an immediate tour schedule for Austral-Asia in May 2010 and a preparation for his European and US release 2011.

But what quality separates Patrizio from other great artists? Is it the natural grace of his voice, the “rugged” good looks, or the confident, casual, respectful attention that he gives to his audience? Or is it just the basic trust he evokes in people? Italy has provided a simple word to describe all of the above; “Simpatico”. Show less 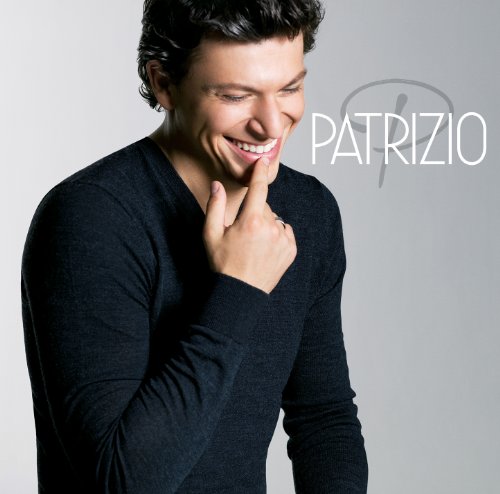 All About Jazz musician pages are maintained by musicians, publicists and trusted members like you. Interested? Tell us why you would like to improve the Patrizio Buanne musician page.