”Not one jazz virtuoso could put the definition of jazz into words, but all agreed that you know it when you hear it. That's the way it is with Paul Bollenback. It's bona-fide playing, unambiguous, up-front and powerful,” summarizes George Benson, a long-time friend. His debut recording, Original Visions, as a leader with Challenge Records, is one of the most creative efforts by a guitarist in recent memory. Double Gemini, his second CD, features four of his own compositions and won the title of CD of The Month in Jim Fisch's distinguished jazz column in 20th Century Jazz Magazine. It won the same award from the renowned jazz radio station WBGO in Newark, New Jersey. Challenge Records has recently released his third recording, Soul Grooves.

Paul Bollenback's emotionally expressive style and eclectic approach is the result of years of listening, studying and playing music by Carlos Santana, Yes, Wes Montgomery, George Benson, John Scofield, Pat Metheny, Kenny Burrell, Herbie Hancock, Bill Evans, John Coltrane, Wayne Shorter, Jimi Hendrix, Johnny Winter and Lenny Breau. At the age of seven, Paul received a nylon-string guitar from his father, a classically trained trumpeter and lover of music. When Paul was eleven, his family relocated to new Delhi, India, on a three-year consulting engagement with United States Aid. It was there that he cultivated his life-long interest in exotic musical sounds and timbres, which is evident in Original Visions. When his family returned to the United States, Paul's father bought him an electric guitar and he began listening to rock-and-roll. Then he heard Miles Davis and his world changed forever.

Bollenback attended the University of Miami as a Music major, he later studied privately for eight years with Baltimore-based professor of Theory/Composition Asher Zlotnik. In 1993 while touring in Europe Paul was awarded a grant from the Virginia Commission on the Arts and the National Endowment for the Arts to compose and perform “New Music for Three Jazz Guitars”.

In 1997, Bollenback was named Musician of the Year at the Washington Area Music Awards, and became an Adjunct Professor of Music at the American University in Washington, DC. His two compositions, “Wookies's Revenge” and “Romancin' the Moon” (featured on Joey DeFrancesco's Rebboppin') earned him the SESAC award for original songs and he was later invited to perform at the Kennedy Center in Washington, DC. Paul was featured at the 1998 World Internet Trade Show in Los Angeles, and his band opened the New York Guitar Show in May 1998 where he also performed with John Pisano.

In addition to his continued associations with Gary Bartz, Jeff “Tain” Watts, Joey DeFrancesco, Joe Locke, and East Meets Jazz, Paul continues to tour with his own groups this season. Recent performances include the Blue Note in Fukuoka, Japan, the Blue Note In New York City, Le Club in Moscow, the Newark Museum and the Rochester Jazz Festival. He is Artist in Residence at the Litchfield Jazz Festival Summer Music School, and continues to teach at Queens College, New York, the New School and at the Peabody Conservatory in Baltimore. His fourth recording for Challenge Records, Dreams, featuring Ray Drummond, Jeff “Tain” Watts and Joe Locke is currently available in stores. His full endorsement with Fender Musical Instruments includes amplifier, strings and Guild Guitars.

Paul Bollenback currently lives in New York City, where he can be heard informally in a number of settings. 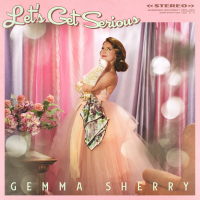 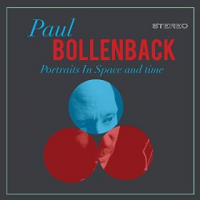 All About Jazz musician pages are maintained by musicians, publicists and trusted members like you. Interested? Tell us why you would like to improve the Paul Bollenback musician page.