Paul Dietrich is a Midwest-based trumpet player, composer and educator striving to make music that synthesizes the sounds of classic and modern jazz, Western classical music, folk, progressive rock and other diverse genres.

The Chicago-based Paul Dietrich Quintet was formed in 2012 as a vehicle for its leader's small group writing, and maintains an active performance schedule in Chicago and throughout the Midwest. The group has released two albums. Focus, released in 2017 on ears&eyes Records, was called “refreshingly unique” and “captivating” by the Chicago Jazz Magazine, and led stereogum.com to describe the band as “masters of modern jazz as a language.” The group's debut album, We Always Get There, was released in 2014, and prompted allaboutjazz.com to state in a four-star review that with “this superbly imaginative and cohesive recording, Dietrich proves himself an apt bandleader, an exceptional composer and a superlative performer.” JazzinMadison.org praised the album as “uniquely introspective” and OnMilwaukee.com stated that “it implies wisdom, experience and emotion that couldn't possibly be contained in a 20-something's wheelhouse.” The Quintet's lineup, unchanged since its inception, includes some of the best young talent in the Chicago area: saxophonist Dustin Laurenzi, pianist Paul Bedal, bassist Tim Ipsen and drummer Andrew Green.

Lately, Paul has been earning acclaim as a composer. Having started writing for big band regularly while a graduate student in 2012, Dietrich has completed commissions for Lawrence University's Jazz Weekend, Ripon College, Madison College and the Edgar Knecht Trio (Germany), Ripon High School, James Madison Memorial High School, Berlin High School and Cedarburg High School, and his big band pieces have been performed throughout the United States. He leads the Paul Dietrich Jazz Ensemble, a Madison-based professional group dedicated to the performance of modern big band music, including his own. In 2017, Paul was commissioned by the Wisconsin Union Theater to write an extended work in honor of the Isthmus Jazz Festival's 30th Anniversary. This piece was premiered at the festival in June 2017 by the UW Jazz Orchestra, and later recorded by that same ensemble. Also in 2017, Paul was the recipient of the Greater Madison Jazz Consortium's Artistic Development Grant, for which he wrote the four-part suite “Forward,” new music inspired by the sights and sounds of his home state. This piece was debuted by the Paul Dietrich Jazz Ensemble in November 2017. In the summer of 2018, Paul will be recording an album of his original big band material with a fantastic band of Chicago- and Wisconsin-based musicians, and featuring the special guest Clarence Penn, one of the best jazz drummers in the world.

Paul holds a Bachelor's degree in trumpet and jazz studies from Lawrence University (2010) and a Master's degree in Jazz Studies from DePaul University (2012). While at DePaul, Dietrich wrote several pieces that were performed by the DePaul University Jazz Ensemble, including an arrangement of Phil Woods' “Pairing Off,” which was recorded on the Jazzed Media release Right to Swing (2013) and featured Woods and the composer. Of this recording, allaboutjazz.com called it “the sizzler of the disc, with a pronounced performance by the trumpeter.”

Read more articles
”With this superbly imaginative and cohesive recording, Dietrich proves himself an apt bandleader, an exceptional composer and a superlative performer.” - All About Jazz

“...masters of modern jazz as a language.” - stereogum.com

“[We Always Get There] implies wisdom, experience and emotion that couldn't possibly be contained in a 20- something's wheelhouse.” - OnMilwaukee.com

Teach private lessons for trumpet and jazz, ranging from beginners to advanced students.

Teaches the jazz club at the Praire Music Academy in Sun Prairie, WI. Also works with various bands that have played his big band charts. 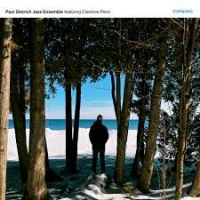 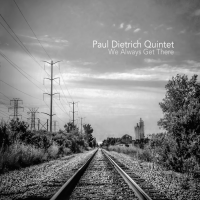 We Always Get There 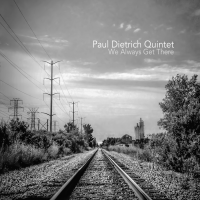 We Always Get There

All About Jazz musician pages are maintained by musicians, publicists and trusted members like you. Interested? Tell us why you would like to improve the Paul Dietrich musician page.