Paulo R. is an independent artist born in Lisbon in 1975. He first came into contact with the piano at age 7, within the realm of classical music. Since then, Paulo went on to experience other instruments and musical genres. As a teenager he played mostly drums in punk-rock bands. His interest in drumming led him at age 16 to enrol in the Hot Club Portugal School (International Association of Schools of Jazz). A detour into visual arts and design followed, which led Paulo R. to his parallel activity as a graphic designer. He later returned to the Hot Club School, completing the jazz course as a pianist. Next he goes to Lisbon Superior School of music where he gets a major degree in Jazz Piano. He currently plays in various projects, such as Tahina Rahary Malagasy Roots, Trifazz or, in a more classical context, with the Municipal Orchestra of Fundão. Paulo has been influenced by all kinds of music, such as J. S. Bach, Mozart, Beethoven, Debussy, Ravel, Stravinsky, Charlie Parker, Thelonious Monk, Miles Davis, John Cage, Steve Reich, Radiohead, Massive Attack, Avishai Cohen, Brad Mehldau, Tahina Rahary and Traditional Portuguese Music just to name a few. 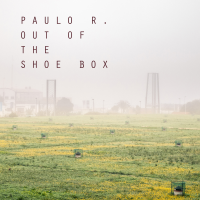 Out Of The Shoe Box

All About Jazz musician pages are maintained by musicians, publicists and trusted members like you. Interested? Tell us why you would like to improve the Paulo R. musician page.