Paul Smith (April 17, 1922 - June 29, 2013) was an American jazz pianist. He has performed in various genres of jazz, most typically bebop. However, he also performed in cool jazz, swing music, and traditional pop.

He was born in San Diego, California. After playing early on with Johnny Richards in 1941 and spending a couple of years in the military, he worked with Les Paul (1946–1947) and Tommy Dorsey (1947–1949) before moving to Los Angeles and becoming a studio musician.

Smith recorded frequently both with his trios and as a soloist. In addition he is featured on work of artists such as Dizzy Gillespie, Anita O'Day, Buddy DeFranco, Louie Bellson, Steve Allen, Stan Kenton, Mel Tormé and others.

Between 1956 and 1978, Smith was active as a conductor and pianist for Ella Fitzgerald.

Smith authored a number of educational books and CDs, most of which focus on explaining his particular approach to jazz piano. He was married for more than 50 years to singer and pianist Annette Warren, with whom he often appeared and recorded.

Paul Smith Discography (as a leader)

Martha Lorin And Paul Smith Reunite At Sterling's Upstairs At The... 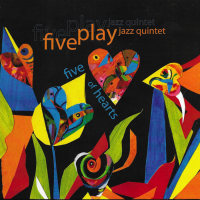 All About Jazz musician pages are maintained by musicians, publicists and trusted members like you. Interested? Tell us why you would like to improve the Paul Smith musician page.