Paul Winter’s musical realm has long embraced the traditions of the world’s cultures, as well as the extraordinary voices of what he refers to as “the greater symphony of the Earth.” His concert tours and recording expeditions have taken him to 52 countries and to wilderness areas on six continents, into which he has traveled on rafts, mules, dog sleds, horses, kayaks, sailboats, steamers, tug-boats and Land Rovers.

Paul’s journey started in Altoona, Pennsylvania, where he began playing drums, piano and clarinet after the age of five, and then fell in love with saxophone in the fourth grade. Playing in small bands with his schoolmates, first in ‘The Little German Band’, PWbyBeverlyHallthen a Dixieland band, and finally a nine-piece dance band known as ‘The Silver Liners’, he became enthralled first with big band music, and by the small be-bop groups of the 1950s, and embarked on his first professional tour at the age of seventeen.

At Northwestern University in Chicago Winter formed a jazz sextet, which won the 1961 Intercollegiate Jazz Festival and was signed to Columbia Records by the legendary producer John Hammond. In 1962 the Paul Winter Sextet was sent by the U.S. State Department on a six-month goodwill tour of twenty-three countries of Latin America.

The success of this tour led to an invitation by First Lady Jacqueline Kennedy to play at the White House. The Sextet’s performance in the East Room on November 19, 1962, happened to be the first ever jazz concert in the White House.

The Sextet had spent a month in Brazil during the tour, at the time that a new genre of music was blossoming there, called “Bossa Nova,” and following its return to the US, the group recorded an album of Bossa Nova. In the mid-1960s, Paul went to live for a year in Brazil and it became a second home for him. He recorded several albums. Brazilian guitar, Afro-Brazilian percussion, and the symphonic music of Villa-Lobos inspired the aural-vision of the new ensemble he would call the Paul Winter Consort. Launched in 1967, the Consort became the forum for the whole world of diverse music that Paul loved. Paul Winter remembers, “I borrowed the name ‘consort’ from the ensembles of Shakespeare’s time, the housebands of the Elizabethan Theater, which adventurously blended woodwinds, strings and percussion, the same families of instruments I wanted to combine in our ‘contemporary’ consort.” With this group, Winter became one of the earliest exponent’s of world music.

They not only opened the door to the whole symphony of nature, but turned Paul into an activist and changed the course of his musical life. Exploring ways to con-sort with the beguiling voices of the whales, the haunting, bluesey communal celebration of a howling pack of wolves and other voices of the wilderness led the way to Paul pioneering another new genre – his unique “earth music.” Described as “ecological jazz” by fans in Russia, “La Fusion Animal,” in Spain, and “earth jazz” in Japan, it interweaves classical, jazz and world music elements with voices from nature. His landmark album Common Ground in 1977 was his first endeavor to incorporate the voices of whale, eagle and wolf into his music.

The Consort recorded twelve albums for major labels during the 1960s and ’70s. Four albums for A & M were produced by Paul Stookey and Phil Ramon, and one for Epic, named Icarus, produced by Beatles mentor George Martin, who claimed in his autobiography it was ”the finest record I ever made.” Astronauts of Apollo 15 took the Consort’s album Road to the moon with them and named two craters after the songs “Ghost Beads” and “Icarus.”

Icarus was recorded in the summer of 1971 in the unhurried, unpressured atmosphere of a rented house near the sea, an experience, which underscored the importance of establishing a place where Paul could nourish his music and his community. Annual visits to the exemplary Maine homestead of Helen and Scott Nearing also inspired Paul to find land of his own where he could really live his music. In 1980 Paul founded his own label, Living Music Records, as a forum for his developing musical-ecological sound-vision. The name alludes to his primary intentions of striving toward timeless music; recording in natural acoustic spaces, like stone churches, canyons, or the loft of a barn; and creating music that would embrace the vital traditions of music he reveres, from Bach to Africa, and cello to wolf.

In the early 1980s, Paul began traveling to Russia to seek out its wilderness beauty and listen for the voices of the Russian earth. He ventured as far as Lake Baikal in Siberia, in 1984, where he found such beauty that it lured him back many times to help raise awareness about the threats facing Russia’s sacred sea and its significance as a symbol in the growing environmental movement. Paul was part of the UN’s Beyond War Spacebridge and other efforts to join Russian and American people in peaceful collaborations. On a tour of the Soviet Union in 1986, the Consort met the Pokrovsky Ensemble when they performed together a concert at Moscow University. The two groups felt an immediate kinship, and the following year recorded the album EarthBeat in Moscow and New York — the first album of original music created by Americans and Russians together.

Paul was a member of the Lindisfarne Association, founded by William Irwin Thompson, of scientists, artists, scholars, and contemplatives devoted to the study and realization of a new planetary culture. Through this organization, he met the Very Reverend James Parks Morton, Dean of New York’s Cathedral of St. John the Divine, who asked Paul to become artist-in-residence there, to build bridges between spirituality and the environment with his music. St. John the Divine is the largest cathedral in the world and known as “the green cathedral.” In the 1980s and 1990s, it became the center of a vital community of thinkers and seekers working on issues of ecology and environment and world peace. Cosmologist Father Thomas Berry greatly influenced Paul’s musical-ecological vision, and helped shape his intent to awaken in people a sense of relatedness with the larger community of life.

Since 1980, Paul and the Consort have presented over 100 special events, at the Cathedral, including annual Winter and Summer Solstice Celebrations, Carnival for the Rainforest, and their ecological mass, Missa Gaia/Earth Mass, which is performed annually each October as part of the Feast of St. Francis.

With his various ensembles, Paul has toured the world, performing over 3,000 concerts in 52 countries. With his music, he has found a means to connect people to a sense of place, promote relatedness to the larger community of life, and assist groups supporting local cultural and biological diversity. Hundreds of his benefit concerts and various compositions have served environmental causes in a range of countries, including Russia, Brazil, Israel, Japan, and Spain. He has produced 45 albums for his Living Music label, seven of which have won Grammy Awards. In recognition of musical and ecological work, he has received a Global 500 Award from the United Nations, the Joseph Wood Krutch Medal from the United States Humane Society, the Peace Abbey’s Courage of Conscience Award, the Spirit of the City Award presented at New York’s Cathedral of St John the Divine, and an honorary Doctorate of Music from the University of Hartford. Show less

“One of the music community’s most unpredictable and consistently creative forces… . From the beginning of his career, Winter has been a deliberate non-conformist, an artist always looking and listening for new sounds, new forms of expression. –Cash Box: The International /Home Entertainment Weekly 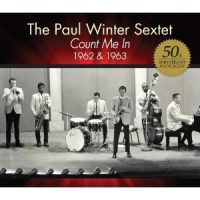 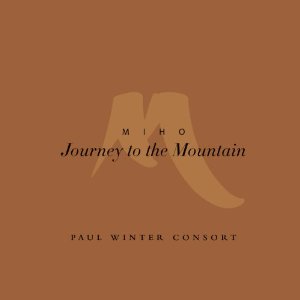 All About Jazz musician pages are maintained by musicians, publicists and trusted members like you. Interested? Tell us why you would like to improve the Paul Winter musician page.