The American jazz musician and bassist with the Modern Jazz Quartet, Percy Heath, began his musical apprenticeship in 1946, after Air Force service. It was just the right time. Though the double bass had always been used sporadically in jazz, performers capable of advancing both its rhythmic and harmonic role into a distinctive jazz-bass language were arriving on the scene more slowly than trumpeters, saxophonists or pianists.

But by the 1940s, the place of the bass had significantly changed. Swing specialists like Pops Foster, John Kirby and Walter Page had brought animation, drive and swing - as well as harmonic breadth - to bass technique, and Duke Ellington's young star, Jimmy Blanton, had added a soloistic agility that rewrote the book on the instrument. This was the bass world that Heath entered. His playing became the quintessence of a style that suited the complex demands of a modern jazz ensemble. Like Blanton's successors, Ray Brown and Oscar Pettiford - contemporaries on the late-1940s American scene - Heath was precise in his intonation, buoyant and springy in feel and capable of spontaneous counter-melodies that enhanced the frontline's playing. He always sounded as if he was pushing the beat, rather than sitting contentedly on top of it.

If Heath had an advantage in understanding how an instrument designed for a supporting role might best coexist with partners, it was because he was raised in one of the most respected of jazz families (rivaled only by the Jones brothers, Elvin, Thad and Hank). He had worked alongside his saxophone-playing brother Jimmy in trumpeter Howard McGhee's band in 1947, and when youngest brother Al caught up on drums in the 1950s, the three sometimes performed together.

Music had been in the Heath family from Percy's earliest memories. His parents had a gospel quartet, and he began his career on violin, playing in church in Philadelphia, where the family had moved from his birthplace in Wilmington, North Carolina.

After service as a fighter pilot in WWII, Heath began studying double-bass at the Granoff School of Music, Philadelphia. Within months, he was good enough to join the house-band at the city's Down Beat Club, where he met the bebop trumpeter Howard McGhee, who had played with Charlie Parker. By 1947, Percy and Jimmy Heath were touring with McGhee's sextet, and the following year they appeared at the first Festival International de Jazz in Paris.

By the end of the 1940s, Percy had moved to New York, and become a busy freelance bassist. He worked with many of the younger stars of jazz, including Parker, Thelonious Monk, Miles Davis, Stan Getz, Fats Navarro, Sonny Rollins and Dizzy Gillespie, regularly appearing with the latter's band from 1950 to 1952. Before the end of the engagement with Gillespie, Heath had made the move that would shape the rest of his career. His principal bass model, Ray Brown, was leaving a quartet led by bop vibraphonist Milt Jackson, with drummer Kenny Clarke and the classically trained pianist, John Lewis.

Heath replaced Brown at the point when Lewis and Jackson were developing an original repertoire for their unusual instrumentation. The quartet's approach, a canny, but understated, mingling of jazz and blues phrasing with Lewis's classical enthusiasms, caught on. By 1952, the ensemble had renamed itself the Modern Jazz Quartet; three years later, Connie Kay replaced Clarke on drums. The group became Heath's principal employment for the next 22 years, and his accuracy of pitch, sensitivity to dynamics and cool, almost fragile, sound was ideally suited to a band dedicated to making a jazz equivalent of chamber music - even down to the tuxedos. But if the MJQ did not often require the more dynamic and hard-swinging potential in Heath's playing, bands he recorded with when the quartet was not on tour were frequently the beneficiaries of it. The MJQ stopped its softly-ticking clock in 1974 (although it regrouped later), but not before its Last Concert recording captured some of Heath's most beautifully sculpted solos, on “Blues In A Minor” and “Bags' Groove.”

Heath worked with singer Sarah Vaughan for a while, and formed a brisk, boppish quartet with his brothers and pianist Stanley Cowell. Though his compositions for that band were largely unremarkable, his solo playing was the diametric opposite. Looser and more emphatic than in his work with the MJQ, and often exploring his newly adopted cello, his improvisations became miniature masterpieces of low-register lyricism. His cello sound was just as immaculately defined and resonant as on the bass, and he retuned the instrument to bass intervals, in fourths.

In the early 1980s, following a reunion tour of Japan, the MJQ resumed playing, continuing until 1997, when they finally ended one of the most remarkable ensemble projects in jazz history.

The Heath brothers took this development as an opportunity to reunite, making the appropriately entitled album AS WE WERE SAYING... (1997) and the excellent JAZZ FAMILY (1998), featuring some of Jimmy's best compositions and an expanded ensemble. On both bass and cello, Percy Heath sounded as irresistibly on the case as ever. 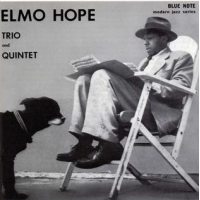 All About Jazz musician pages are maintained by musicians, publicists and trusted members like you. Interested? Tell us why you would like to improve the Percy Heath musician page.