As far as household names in percussion go Pete Escovedo ranks high on the list. A prominent San Francisco/Oakland area multi-percussionist and a force in the local festival and recording scene, even in his seventies, Pete is known worldwide for his session work and solo albums.

Born in California, Pete's first encounter with music was the saxophone. By school end, however, the instrument yielded place to the bongos. Pete's first explorations were on a makeshift pair, cobbled together out of tin cans and household adhesives. During the sixties, armed with the real thing, Pete joined his brother Coke and gigged the Bay Area in a unit called the Escovedo Brothers Latin Jazz Sextet. It didn't mark the end of his day job, but it led to chops, stamina and a growing respect for his professionalism.

In 1972, both Pete and Coke joined Santana, touring and recording several albums with the guitarist and establishing a high standard to which their successors would have to adhere. Pete's timbale playing drew the spotlight but he was becoming increasingly well-versed in other Afro-Cuban percussion instruments.

Not content to accompany, Pete and Coke departed Santana and founded one of the most revered west coast Latin bands, Azteca. The band fused Afro-Cuban, South American, jazz, funk and pop elements in infectious proportions. Azteca sent down roots in the west coast, while many of its members, Lenny White and Stanley Clarke, to name but two, went to New York and enjoyed further success. Azteca released two albums on Columbia before calling it quits.

To list his session tally would be almost impossible. Suffice it to say, if it's an important musical figure, Pete Escovedo has probably been involved, either in the studio or on the road. To name just a few of the diverse artists on his discography: Tito Puente, Herbie Hancock, Al Jarreau, Boz Scaggs, George Duke, Angela Bofil, Woody Herman, Mongo Santamaria, Cal Tjader, and Prince.

Pete has put out solo albums along with recordings with his daughter Sheila E. and sons Peter Michael and Juan. Family-oriented, genial, and devoted to music, his passion for fueling the Latin jazz scene has been recognized with numerous awards, including a congressional citation and ABC Television Profile of Excellence! His Toca signature timbales reflect his deep experience in the heart of the Afro-Cuban scene and incorporate the best features of vintage drums with added modern durability. Show less

Eddie Palmieri and Pete Escovedo at the Healdsburg Jazz Festival

Pete Escovedo and Freddie Ravel to Perform at Benefit November 11, 2001 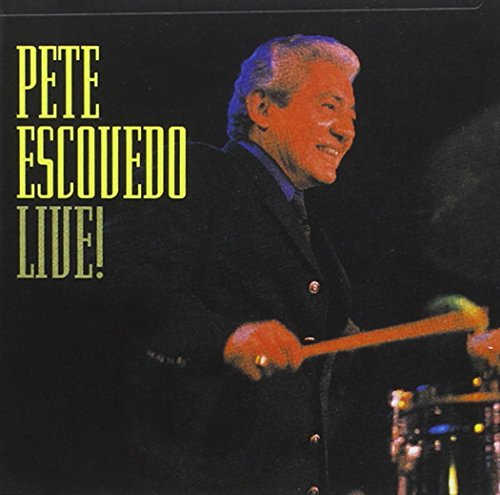 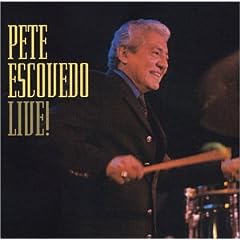 All About Jazz musician pages are maintained by musicians, publicists and trusted members like you. Interested? Tell us why you would like to improve the Pete Escovedo musician page.