Pete Johnston was born in Windsor, Nova Scotia, Canada, and is the son of a high school music teacher and a Baptist Church pianist. He studied music composition and double bass at Dalhousie University, alternating scholarly endeavours with tours of North America as part of the Johnny Favourite Swing Orchestra, with whom he won a Juno Award in 1999. After completing his studies at Dalhousie in 2000 Pete moved to Toronto and began working as a freelance musician, guitar teacher, novel editor, and telemarketer. Following several lost years in the part-time employment trenches, Pete returned to the academy, completing a Master’s degree in composition in 2005 and a Ph.D. in ethnomusicology in 2009, both at York University. As part of his doctoral research he spent the 2006/07 academic year in London, England, where he performed for Queen Elizabeth II. Since completing his Ph.D. Pete has resumed his work as a freelance bassist and music educator in Toronto, which includes performing regularly with the groups See Through Trio, See Through 5, and Aurochs, and teaching at Ryerson University and Humber College. In 2011 Pete had the great fortune of being awarded a Chalmers Professional Development Grant from the Ontario Arts Council to study with renowned bassists Barre Phillips and Gary Peacock. Pete currently teaches at Humber College and Ryerson University.

Read more articles
“Johnston's music offers a further extension of Lennie Tristano’s already abstracted linear vision. In a playful manner all his own, though, Johnston’s pieces can provide a series of loose frames for a series of solos.” — Stuart Broomer, The WholeNote

“As a primer for the vivacity of the contemporary Toronto jazz scene, you could do worse than this set. It features four of the city’s finest players, combining to create a stomping post-bop masterclass.” — Chris Baber, JazzViews

“His compositions sound nothing like prog rock now, but the way his music sequences dissimilar segments will make sense to anyone who spent some time listening to side-long Yes and Genesis epics, even though Johnston never lets things get so out of hand.” — Bill Meyer, Dusted 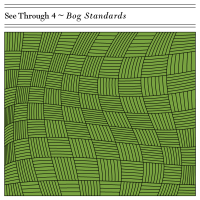 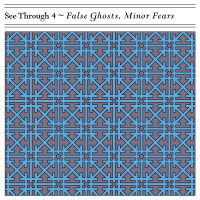 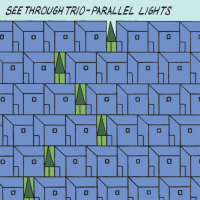 All About Jazz musician pages are maintained by musicians, publicists and trusted members like you. Interested? Tell us why you would like to improve the Pete Johnston musician page.