After three CD's under his own name: “Open Mind” (Dragon DRCD 281) “Melos” (Sittel SITCD 9260) and “Lochiel's Warning” (Prophone PCD 071) all which are comprised of his own material, Peter has developed a very personal approach to both his energy-filled trumpet playing and his melodic compositions. He has been described as “a fantastic musician who always plays straight from the heart.”

He has undertaken many long tours involving clubs, concert halls and festivals in Sweden, as well as playing in U.S.A., Canada, England, Germany, Australia, Poland, Switzerland, former Yugoslavia, and naturally, the rest of Scandinavia.

Peter can be heard playing not only with his own group “Melos” but also with such big bands as: Tolvan Big Band, Stockholm Jazz Orchestra, Hector Bingert's Latin Lover Big Band and Bosse Broberg's Nogenja. He often appears as jazz soloist behind many popular Swedish artists both on stage and in the recording studios, especially with the Swedish jazz/pop/soul group Bo Kaspers Orkester, much praised by critics and public alike.

Well worth noting is Peter Asplund's homage to Louis Armstrong production, Satch As Such (Sittel SITCD 9268) where many compositions closely associated with Armstrong have been arranged in an up-to-date manner for trumpet soloist and big band. 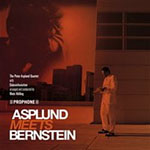 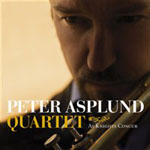 All About Jazz musician pages are maintained by musicians, publicists and trusted members like you. Interested? Tell us why you would like to improve the Peter Asplund musician page.