Critics refer to Peter Bolte as “one of the most distinguished alto saxophonists of the younger generation” and praise his “highly individual alto sound” and “unique improvisation”. At age 16, he took first prize in the competition “Jugend jazzt”. In 1990, he won first prize in a saxophone contest at the “Hochschule für Musik Köln”. In 1991, the international Karlovy Vary Jazz Festival granted him its “Best Soloist Award”. Peter was a guest lecturer at the “Hogeschool voor de Kunsten”, Arnhem, Netherlands in 1993 and at the “Hochschule für Musik und Theater”, Hamburg, Germany in 2003. One of his compositions appears in “The European Real Book” published by Sher Music. Peter played with groups led by Bob Degen, Harald Haerter, Daniel Humair, Paul Heller or Henning Berg and appeared with McCoy Tyner, Gary Burton, Steve Swallow, Randy Brecker, Tim Hagans, Paquito D´Rivera, Joachim Kühn, Albert Mangelsdorff and others as a soloist with the NDR-Big Band. Among the numerous recordings he has performed on are twelve CDs under his own name. Musicians appearing on his records include Achim Kaufmann, Bob Degen, Paul Imm, Anthony Cox, Dieter Ilg, Ingmar Heller, Marcio Doctor, Wolfgang Haffner, Daniel Humair and Alan Jones . 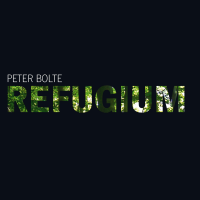 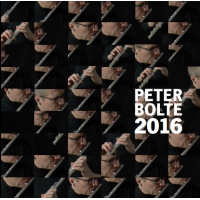 All About Jazz musician pages are maintained by musicians, publicists and trusted members like you. Interested? Tell us why you would like to improve the Peter Bolte musician page.