Los Angeles based jazz drummer/composer, Peter Buck, announces the release of his third album as a leader. “Smells Like Music” combines soulful jazz melodies and folk infused grooves with risk-taking improvisations featuring the incredible musicianship of Jamieson Trotter-piano, Jamelle Adisa-trumpet, Lyman Medeiros-bass, and Buck-drums. This has been a working band for five years, so all the music was composed specifically for these musicians. Every composition represents a personal connection to Buck’s family and life experiences. 1. Leave it Behind-My brother, suffering from muscular dystrophy, looking forward to heaven when he would get a new body. 2. Smells Like Music-Love of a family joke between my wife and son. 3. Wisco?-So many trips back to my birthplace to take care of my mother with a deluge of mixed feelings about Wisconsin. 4. Peter Buck!-Written by our pianist as a theme song for the band. His quote, “Every superhero needs a theme song.” 5. The Money Stick-My mother-in-law, a native of Louisiana, told me the story of her group of friends getting out the money stick to search for cash. 6. Life Orbiting Her-Our bassist added this dedication to his wife. 7. Reactions Speak Louder…-My wife handles every problem with a solution within seconds. Her “Reactions” always get the job done. 8. Postlude-My father, a physics and chemistry professor, also was a church organist. This is based on Bach’s Adagio in A minor, the last piece my father played before succumbing to cancer. Peter’s extensive career in the music business has taken him on tour throughout the United States, Europe, Canada, Mexico, and Japan. Touring with Keb’ Mo’, Thelma Houston, Michelle Shocked, and Barbara Morrison. Other highlights include performances with Bonnie Raitt, Ice-T, Stevie Wonder, Joe Sample, James Tormé, Judith Hill, Guitar Shorty, Anthony Wilson, Freda Payne, King Floyd, Donny McCaslin, Russ Johnson, Clay Jenkins, Bill Perkins, Bob Sheppard, and Gilbert Castellanos. He has also given performances and master classes at universities across the country. His endorsements include Sabian Cymbals and Aquarian Drumheads. Peter Buck earned his Bachelor of Music Performance degree from Berklee College of Music and his Master of Music degree from the University of Southern California. He has served as Head of Percussion at Cypress College since 2005.

“Smells Like Music” is available at https://store.cdbaby.com/cd/peterbuck3 and all other online retailers and streaming sites. Please visit https://www.bucksvibe.com for performance listings.

...great band and your writing is perfect for the group. Your sound and flow are happening! Joe La Barbera 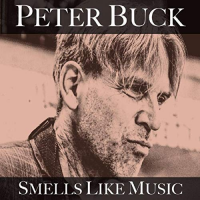 All About Jazz musician pages are maintained by musicians, publicists and trusted members like you. Interested? Tell us why you would like to improve the Peter Buck musician page.