Throughout a career that spans nearly three decades, trumpeter Phil Grenadier has emerged as one of jazz’s most imaginative and innovative players. His two albums as leader, 2000’s Sweet Transients and 2003’s Playful Intentions, have won him copious international acclaim, while his collaborations with a broad array of notable musicians demonstrate the raw talent and adventurousness that led the San Jose Mercury News to call him “a trumpeter of rare fluency and depth.”

The restless creative spirit that distinguishes Phil Grenadier’s work was instilled early in life. Growing up in a musical family in San Francisco, he and his brothers Larry and Steve were all introduced to trumpet in childhood by their father Albert, who handed his lifelong love of music down to his sons.

“My dad’s passion for the music had such a big impact on me, seeing how much it meant to him and how he lost himself in it,” Phil states. “I feel blessed to have been introduced to music that way, with all of us listening and sharing the experience of discovering music together.”

Although Larry and Steve eventually gravitated towards bass and guitar, respectively, Phil wholeheartedly embraced the possibilities of trumpet and made the instrument the focus of his musical life. The three brothers played together in their high-school band and various other combos, performing together at such renowned festivals as the Monterey Jazz Festival, the Russian River Jazz Festival and the San Francisco Jazz Festival.

Meanwhile, Phil’s rapidly-developing trumpet skills won him considerable attention around his hometown. By the time he was 16, he was working regularly as a sideman, performing alongside such legends as Ella Fitzgerald, Mel Torme, George Shearing, Tony Bennett, Carlos Santana, James Brown, Sammy Davis Jr., Dionne Warwick and Steve Smith’s Vital Information. He was just 17 when he was voted Best Jazz Soloist by both Down Beat magazine and the California Music Educators Association.

A move to New York in 1988 helped to further broaden Grenadier’s musical horizons. There, he taught jazz trumpet at the Mannes College of Music, and worked extensively with noted saxophonist/composer Bob Belden, playing on two of Belden’s Blue Note albums and numerous live gigs.

“Working with Bob was one of the first breaks I got, and he was a very strong influence on me,” Grenadier notes. “Just to see how hard Bob worked, and how intensely he listened, was a big influence on me.”

Another strong influence during Phil’s New York years was his work with pianist Richie Beirach, with whom he worked extensively in a duo situation. “That was a great learning experience,” he recalls. “Performing with such a harmonic genius reinforced my natural affinity for ‘outside’ improvising, and spurred me to dig deeper in myself.”

During his time in New York, Grenadier also performed and recorded with such notable musicians as Owen Howard, Chris Potter and Seamus Blake.

In 1995, Grenadier relocated to Boston, where he’s continued to embrace new musical challenges while recording and performing around the world. 2000 saw the release of his first album as a leader, Sweet Transients, which also featured Ethan Iverson and Bill Stewart. It was followed in 2003 by Playful Intentions, whose cast also included the likes of Kurt Rosenwinkel and Jeff Ballard.

While continuing to develop his own music, Grenadier has remained in demand as a sideman and collaborator. One particularly fulfilling project has been his work with seminal guitarist John Scofield. In 2007, Grenadier toured across Europe, South America and the United States with Scofield’s group, which also included bassist Steve Swallow and drummer Bill Stewart, with the tour culminating in a sold-out performance at NYC’s Carnegie Hall.

“The Scofield experience was really inspiring, and not just musically,” Grenadier says. “The musicians who inspire me, and who I consider to be role models, don’t just inspire me for their talent and creativity. They’re inspirational for how hard they work, how they handle themselves, how they treat other musicians, and how dedicated they are to their craft.”

In addition to leading his own acclaimed Boston-based trio (with whom he recently completed a soon-to-be-released new album), Grenadier continues to maintain productive working relationships with saxophonist Jerry Bergonzi, with whom he’s recorded two albums and toured Europe; and Portuguese drummer Joao Lencastre, with whom he’s made four albums.

Phil Grenadier continues to imbue his own work with the knowledge, experience and inspiration that he’s gained through his myriad creative associations.

“As I get older, I become more aware of the possibilities of the trumpet,” he states. “But I’m also aware of some of the negative stereotypes, so I strive to be a more sensitive player and resist that whole higher/faster/louder approach that gives trumpet players a bad name. I mean, I love all styles of trumpet, but it’s the more subtle, poetic, spacious approach that I’m really drawn to.

“Playing with all the people I’ve played with has made me want to work harder and get better, and given me a clearer picture of the kind of musician that I want to be,” he concludes, adding, “But the original feeling of the joy of discovering music that I first had as a kid has stuck with me. I’m thankful to have something that I’m so passionate about, and I love working with people who have that same spirit.”

Creativity, Open-ness & how to get there. 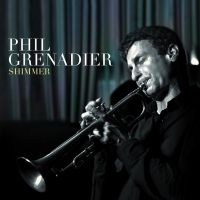 All About Jazz musician pages are maintained by musicians, publicists and trusted members like you. Interested? Tell us why you would like to improve the Phil Grenadier musician page.