Described as mesmeric and completely addictive - The Wire, Philip Clemo's densely layered compositions reveal a process of negotiation across the boundaries of jazz, contemporary classical, post-rock and electronica. Instruments and atmospheres are in constant interplay, moving in and out of focus. His pieces are infused with a filmic sensibility - in the way time unfolds and compositional form melts into ambience, and in the evocation of landscapes and cultures through location recordings. All strangely visual, colourful somehow - supersaturated. His pieces are abstract, melodic, composed; and at the same time fixed to the everyday experiences of real times and places.

Clemo collapses the roles of producer/artist/editor. In the studio he builds complex textures and develops them through a process of composition and improvisation, with contributions from a diverse group of musicians. During the final stages he extensively reconfigures, interweaving instrumental, vocal and recorded material, disguising origin and cultural references, to produce finely crafted shimmering matrixes of sound.

He is also a film maker and uses live video projections extensively in his performances. His films, shot on location throughout the world, are propelled in the direction of music through his use of distended temporality, layering and transpositions of various kinds. It is evident that the assumptions of film and music interpenetrate one another in Clemo's mind. He is interested in achieving a kind of fusion where visual and sonic data are rendered equal and experienced synthetically. Couple this with the sense of intensity in the music and in his choice of recording locations - geothermal sites in Iceland, the rainforests of Malaysia, the crowded streets of Delhi, glass and metal workshops in London and Sydney - and a hunger for the sublime is revealed, a state in which the boundaries of the senses, the body, are somehow de-differentiated in relation to a broader field.

Philip Clemo was born in north east Scotland in 1964. He has been living and working in London since 1982. Show less

Read more articles
This all adds up to pretty much a dream ticket. Clemo's ”compositions” meander into your peripheral auditory field and recede again with dreamlike nuance. It's beautiful, transcendent and yes, indefinable Chris Jones, BBC Online, UK

Ambiently atmospheric and, above all things, still... the centre of the music is the sound of musicians listening Nick Coleman, The Independent on Sunday, UK

This all adds up to pretty much a dream ticket. Clemo's ”compositions” meander into your peripheral auditory field and recede again with dreamlike nuance. It's beautiful, transcendent and yes, indefinable Chris Jones, BBC Online, UK

Ambiently atmospheric and, above all things, still... the centre of the music is the sound of musicians listening Nick Coleman, The Independent on Sunday, UK

5/5. Layered compositions, jazz fuelled melodies and an absolute success. [Clemo's] hypnotic blend of lo-fi jazz infused experimentation is simply brilliant throughout. Three years in the making this album may have been but it is worth every minute. If it takes as long for a follow up then I'm more than prepared to wait Joe Ward, Subba-Cultcha

Clemo is clearly investigating where jazz meets rock, and chill-out electronica in an inventive and fresh way The Jazz Breakfast 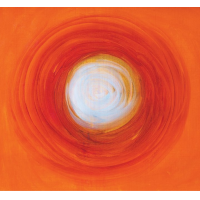 All About Jazz musician pages are maintained by musicians, publicists and trusted members like you. Interested? Tell us why you would like to improve the Philip Clemo musician page.