Phil E. Clem is all about Music without restrictions, making the connection, touching lives, taking music to new heights, creating new possibilities and stages for Contemporary Instrumental and Nu jazz. Practical connection with music began with his association with Gospel/ Church music in his high school years; beginning with drumming and then the keyboards which was the most inspiring of instruments.

As the only music student out of 13 others, who could remember practically all he has been taught in piano basics after a full month of no classes, exercises, practice or rehearsals he became the only one out of the bunch who was finally taught to play the piano by ear. This was the beginning of the Journey. Self discovery began with his association with Jazz in the later years. The dearth of good coaches along with the zeal to bring strange inspirations to light resulted in being 98 percent self taught starting with: The Book – The Contemporary Keyboardist (by John Novello), Dave Frank, Dave Lamina (Of Berklee School of Music) , James Wrubel. In the course of this the refining of his eclectic musical taste ensued; not fully identifying with distinct acclaimed musical genres but staying afloat in the world of fusion creativity.

His debut studio Album “Radiant” released on October 2012 was his first official release of his Instrumental collections. A nine track album of original ideas and compositions inspired way back in days of the beginnings along sides the current ones. 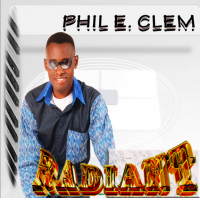 All About Jazz musician pages are maintained by musicians, publicists and trusted members like you. Interested? Tell us why you would like to improve the Phil E. Clem musician page.