”When you listen to this music and are ready to get involved with it, doors open to a diverse universe of cross-genre impulses.” (Elke Walter)

Munich based guitarist Philipp Schiepek and his quartet, featuring Henning Sieverts on bass, Bastian Jütte on drums and New York based Seamus Blake on saxophone, present their debut album “GOLEM DANCE”, which has just been released by ENJA-Records.

When composing, Philipp Schiepek draws inspiration from everyday encounters, but also from characters from literature and art.

The first and foremost goal of every composition is to carry an intensity that is not conveyed by volume, but rather by rhythmic and harmonic flexibility. His compositions are characterized by sometimes complex, but not overly intellectual themes. Instead, he always makes sure that all musicians can improvise freely and that the ease of playing is not lost.

Read more articles
”Philipp Schiepek: a real discovery with his sound absolutely in the jazz tradition, but a sizzling modern way of playing.” (Ulrich Habersetzer, BR) 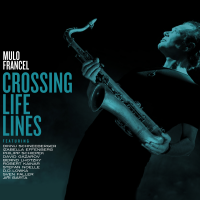 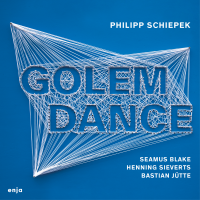 All About Jazz musician pages are maintained by musicians, publicists and trusted members like you. Interested? Tell us why you would like to improve the Philipp Schiepek musician page.