Phillip Arthur Ranelin was born in Indianapolis, Indiana where he grew up under the influence of J.J. Johnson, Wes Montgomery, Earmon Hubbard, Pookie Johnson, Russell Webster, Willis Kirk, Jimmy Coe and Melvin Rhyne. Ranelin is loved and respected around the globe as a master trombonist of the J.J. Johnson tradition, former Freddie Hubbard sideman and as co-founder of Detroit’s famed TRIBE Records. Ranelin has studied and played with some of the most highly respected Jazz and classical educators in the business, including professors David N. Baker, Larry Ridley, Nathan Davis, Bunky Green, Dr. Louis Smith and Donald Byrd with whom in 1976 he received the key to the city of Detroit. Ranelin’s Jazz performance credits include: Norman Connors, Ella Fitzgerald, Art Pepper, Teddy Edwards, Gerald Wilson, Vi Redd, Freddie Redd, Marcus Belgrave, Wendell Harrison, Harold McKinney, Ray Appleton, Roy Brooks, Sarah Vaughan, Larry Gales, Tootie Heath, James Spaulding, the all-star Luckman Jazz Orchestra at the Disney Concert Hall, and Freddie Hubbard with whom in 1981 he appeared on MISTRAL, Japan’s #1 Jazz record of the year.

Ranelin is currently focusing on securing concert and festival bookings for his nine-piece Phil Ranelin & Tribe Renaissance band in order to promote the Hefty Records June 2001 reissues of VIBES FROM THE TRIBE and THE TIME IS NOW which was voted 4th in Jazz Times’ top ten Best Reissues (two CDs or more) for the year 2001! In 2002 Ranelin was nominated as The People’s Choice Best Jazz Artist of the Year in the LA Weekly Music Awards and A CLOSE ENCOUNTER OF THE VERY BEST KIND ranked #10 in the Billboard CD reviews in 2003. July 2004 marks the much anticipated release of his latest recording, INSPIRATION, which features Ranelin originals composed in homage to J.J. Johnson, John Coltrane, Eric Dolphy and Horace Tapscott and which is dedicated to his recent fallen Detroit and Naptown mentors, Harold McKinney and Jimmy Coe. Show less 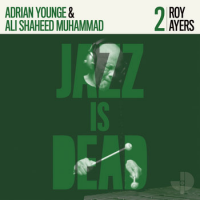 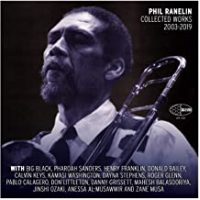 Vibes From The Tribe

All About Jazz musician pages are maintained by musicians, publicists and trusted members like you. Interested? Tell us why you would like to improve the Phil Ranelin musician page.