Playing his electric bass and acoustic bass guitar, Pierluigi Balducci performed at numerous festivals and jazz clubs throughout Italy, Europe and Asia, collaborating with jazz musicians as Paul McCandless, John Taylor, Ernst Reijseger, Gabriele Mirabassi, Luciano Biondini, Javier Girotto, Michele Rabbia, Antonio Tosques and many others. With Gianni Iorio and Pasquale Stafano he is also member of the Nuevo Tango Ensamble, performing many concerts all around the world. Name As a composer and a band leader, he released various albums under his name (since 2006 for the Italian label Dodicilune), always striving for a balance not only between writing and improvisation, but also between African-American jazz language and European classical tradition. The main Italian jazz magazines have dedicated considerable interviews to him. For several years, the prestigious Jazzit Award includes Pierluigi Balducci of the most important Italian electric bassists in the jazz scene. He performed live for the Italian broadcaster Radiotre, for Bayerisches Rundfunk and for South Korean MBC. He teaches jazz electric bass at Matera music university, and is endorser of Markbass Amps, Laurus Bass Guitars and D'Orazio Strings. 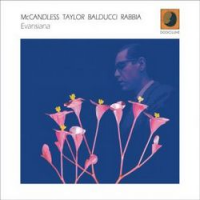 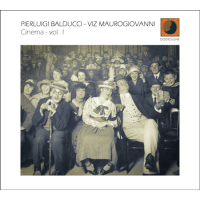 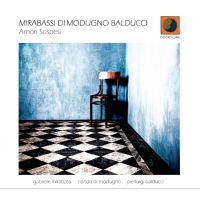 From: Blue from Heaven
By Pierluigi Balducci

All About Jazz musician pages are maintained by musicians, publicists and trusted members like you. Interested? Tell us why you would like to improve the Bernard Peiffer musician page.