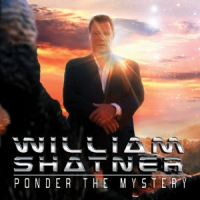 Red Shift; Where It's Gone...I Don't Know; Manhun; Ponder the Mystery; So Am I; Change; Sunset; Twilight; Rhythm of the Night; Imagine Things; Do You See?; Deep Down; I'm Alright, I Think; Where Does Time Go?; Alive

All About Jazz musician pages are maintained by musicians, publicists and trusted members like you. Interested? Tell us why you would like to improve the Ponder The Mystery musician page.