RAIMUNDO SANTOS, Smooth Jazz Singer, Composer and Arranger was born in the USA, where he also majored in music at Temple University, in Philadelphia - Pennsylvania. Santos has been performing in difference cities around the world such as: Philadelphia (Pennsylvania), Luanda (Angola), New York City (New York), Paris (France).

Santos has an innovative approach to composition and incorporates multicultural sounds in his contemporary arrangements which are influences by traditional old style music of his ethnic roots in Angola and bridged with his educational and performances skills in a variety of musical styles ranging from, but not limited, to Jazz, Classical and Gospel music. Raimundo Santos wrote and orchestrated the instrumental music that accompany the choreography which opened the “27th Africa Cup of Nations” football championship, held in Angola in 2010. He also wrote the 1st and 3rd movement of the choreographed finale which closed the 2010 Africa Cup of Nations.

Raimundo Santos has released two Smooth Jazz CDs, one entitled “Love's Calling” and the other “Coming Home”, that can be found on “iTunes”, “CD baby” and “Amazon” website. Please check out section “Buy” of this page for respective links. Currently based in USA (New York City, New York), Raimundo Santos is dedicated to singing. 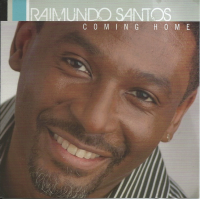 From: Coming Home
By Raimundo Santos

From: Too Late
By Raimundo Santos
Last Updated: August 3, 2014

All About Jazz musician pages are maintained by musicians, publicists and trusted members like you. Interested? Tell us why you would like to improve the Raimundo Santos musician page.