Of the dozens of fine composers and arrangers to come out of New England, none was ever more accomplished or more prolific than Ralph Burns, who left indelible marks on music in America from coast to coast and not only in the jazz idiom.

While with Herman in the late 1940s, Burns was the anchor of a composing/arranging staff unsurpassed in big band history. Among his colleagues were Nat Pierce, Neal Hefti, Shorty Rogers, Red Norvo, Bill Harris, Terry Gibbs, Jimmy Giuffre and even Igor Stravinsky, who was inspired to compose “Ebony Concerto” for Herman after hearing some of the works Burns had done for the band. Burns was impressionable himself and often stayed up all night listening to records of Stravinsky, Duke Ellington and Charlie Parker.

According to British jazz journalist and radio man Steve Voce, “Burns was befriended by Alexis Haieff, Stravinsky’s protégé, and he studied composition and orchestration with him. It was to serve him in good stead, for Burns went on to be not only a jazz figure to rank with Duke Ellington, Billy Strayhorn, Gerry Mulligan and Gil Evans, but also to become one of the finest orchestrators of popular music.

“Burns kept busy with writing, never short of work throughout the best part of 60 years, manuscripts for a projected musical on his desk when he died. His skills were directed at chamber composition, jazz writing and at enhancing those who performed the great American songbook. He was matchless, and it is certain that the timeless nature of his work will ensure its survival along with the best of Ellington and Strayhorn, whom he so much admired.”

Outside of his legendary work with the Woody Herman band, Burns played a major role in the musical scores for some of the biggest hits on Broadway, including “Chicago,” “No, No, Nanette,” “Sweet Charity,” “Thoroughly Modern Millie,” and “Dancin’.” His Hollywood work included “Cabaret” and a collaboration with Jule Styne and Barbra Streisand on “Funny Girl.” He received Academy awards for “Cabaret” and “All That Jazz,” and a Tony for “Fosse.”

Burns’ masterpiece was “Summer Sequence,” a 20-minute suite introduced to the world by Herman at Carnegie Hall on March 25, 1946. “That was something I wish I could remember more,” said Burns years later. “It was a thrilling night. The band was at its absolute peak. We thought nothing of it at the time, like a baseball team that went on to the World Series.”

Ralph Burns made his name as the composer or arranger behind many of the classic tunes from the library of the Woody Herman Big Band in the late 1940s. Two decades later he went on to carve out a highly successful career as a composer for stage and screen, winning two Academy Awards, a Tony Award and an Emmy in the process.

He began his career in jazz as a pianist, and formed part of the rhythm section in Herman’s band, as well as arranging and composing. Eventually, though, the saxophonist found his services in the latter capacity so indispensable that he hired another pianist and paid Burns simply to write for the band. Along with another great arranger emerging alongside him, trumpeter Neal Hefti, Burns provided the band with some of the best-known of all jazz big band charts.

He took up piano as a child, and by 12 he was playing in dance bands around Boston. He attended the New England Conservatory of Music in 1938-9, but spent most of his teenage years working in a local jazz orchestra, and picking apart the tunes of Count Basie, Benny Goodman and Duke Ellington to discover how they worked.

He moved to New York in the early 1940s, where he worked with Charlie Barnet for a time before joining Woody Herman and the band known as The First Herd in 1944 (he had been recommended to Barnet by singer Francis Wayne, who subsequently joined him in the Herman band).

He worked with Herman for 15 years, and the bandleader acknowledged that he had been a central architect in creating the band’s distinctive sound. He wrote or arranged many of their major hits, including Bijou, Northwest Passage and Apple Honey, as well as longer works like Lady McGowan's Dream and the three-part Summer Sequence.

A subsequent extension of that work, Early Autumn, featuring Stan Getz as the tenor saxophone soloist, provided a massive hit for the band, and launched Getz’s solo career. Burns’s arrangements also caught the attention of Igor Stravinsky, and led to the famous Russian composer, by then resident in California, composing his Ebony Concerto for the group.

Burns’s style combined a flair for creating an irresistible sense of mounting excitement within the music on uptempo flag-wavers like Caldonia with a much more subtle and elegant refinement, exploring the gentler and more transparent aspects of instrumental texture and colour within the band. He was able to develop that more lyrical vein to great effect in mood pieces and ballads like Early Autumn.

The success of the Herman band allowed Burns to cut both jazz and more classical recordings under his own name in the 1950s, working with musicians like Billy Strayhorn, Lee Konitz and Ben Webster. Once freed from his touring duties as band pianist, he was able to work as a freelance arranger as well.

He wrote compositions and arrangements for singers like Tony Bennett, Johnny Mathis, and Ray Charles, and later Aretha Franklin and Natalie Cole. He was responsible for the both the arrangements and the introduction of a string orchestra on two of Ray Charles’s biggest hits, Come Rain or Come Shine and Georgia on My Mind.

He began to compose for the Broadway stage in the mid-1950s, and went on to build that aspect of his work into a second major career, composing for both the stage and films. His credits included such major hit shows as Chicago, Funny Girl, No, No, Nanette, and Sweet Charity, among many others.

His first film score (also of many) was for Woody Allen’s Bananas in 1971. His subsequent soundtracks included Lenny, Urban Cowboy, Annie, and Martin Scorsese’s jazz-themed New York, New York. Bob Fosse was one of his frequent employers, and he won Academy Awards for his music for two of Fosse’s films, Cabaret and All That Jazz. He won a Tony Award for the Broadway musical Fosse in 1999, and an Emmy for Baryshnikov on Broadway.

Although his success in that sphere meant setting aside his jazz composition to a large extent, his theatre and film scores were always strongly informed by his jazz sensibility, and he said that producers usually came to him for that reason. He returned to arranging for singers in the 1990s, working with the likes of Mel Tormé, John Pizzarelli and Michael Feinstein.

Burns died of complications from a recent stroke and pneumonia. There were no immediate family members surviving. Show less 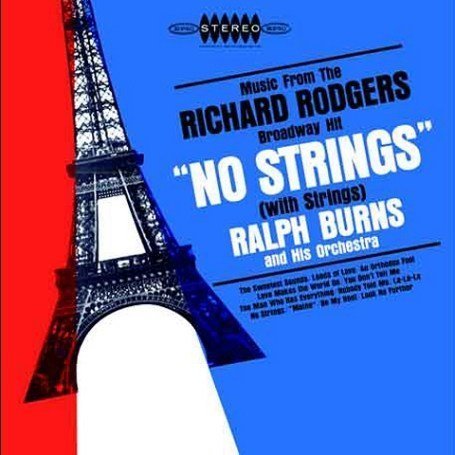 All About Jazz musician pages are maintained by musicians, publicists and trusted members like you. Interested? Tell us why you would like to improve the Ralph Burns musician page.