Ravi Coltrane- tenor and soprano saxophonist, bandleader, and composer - has fronted a variety of jazz lineups, recorded critically-hailed albums as leader, produced recordings by other artists - including his mother, worked as sideman for jazz luminaries, overseen important jazz reissues, and founded an independent record label. Seventeen years since finding his life's path, it seems music was Ravi's destiny from the outset.

Born the second son of John and Alice Coltrane in 1965 in Long Island, New York and raised in the Los Angeles area, he was named after Indian sitar legend Ravi Shankar. Starting in middle school, Ravi began playing clarinet, though he grew up hearing a variety of music. (”My mother was playing piano and organ in the house, everyday. She took us to her performances and to recording sessions. She played my father's LP's and recordings of classical music. Early on, I listened to a lot of R and B, Soul music, popular music of the day - James Brown, Stevie Wonder, Sly Stone, Motown music, Earth Wind and Fire. Later I got into Prince, The Beatles, I listened to more Symphonic music - Stravinsky, Dvorak. I was a big fan of film scores. Jazz music was something I always appreciated but I had to reach my late teens and go through profound family changes before the music became a dominate force in my life.”) In 1986, Ravi entered the California Institute of the Arts to pursue musical studies, focusing on the saxophone.

In 1991, Ravi hooked up with Elvin Jones, his father's renowned drummer from the 60's and received his first taste of the jazz life. Within a year, he relocated to New York City and began playing with a variety of players: Jack DeJohnnette, Rashied Ali, Wallace Roney, Antoine Roney, Geri Allen, Kenny Barron, Cindy Blackman, Joe Lovano, Joanne Brackeen, Gerry Gibbs, Graham Haynes, and Steve Coleman. Ravi's relationship with Coleman through most of the 90's was particularly influential on the budding saxophonist, including tours and appearances on several Coleman albums.

In 1997, after performing on over thirty recordings as a sideman, Ravi entered the studio to record his first album as leader. Moving Pictures was his well-rounded debut on RCA Victor, leading Ravi to assemble his first touring group (pianist Andy Milne, bassist Daryl Hall and drummer Steve Hass, with bassist James Genus and pianist George Colligan frequently filling in) and to travel widely in North America and Europe. In 1999, he married Kathleen Hennessy and his son William was born. From the Round Box, Ravi's second album as leader, was released in 2000 and was warmly received by critics and revealed a growing sense of self-challenge, balancing esoteric covers with compelling originals.

That same year, Ravi produced Legacy, a four-disc, thematic study of his father's career, for Verve, and co-produced and penned liner notes for the Deluxe Edition repackaging of A Love Supreme. Ravi continues his role as family archivist of his father's unreleased material and is working closely on preparing new projects with Verve. 2003 brought the release of Ravi's third album - Mad 6, on Columbia Records. Well received by critics and musicians alike, Mad 6 emulates the pace and energy of an intimate club performance and features two rhythm sections showcasing the talents of Ravi's working bands at the time.

Most recently, Ravi was the driving and guiding force behind his mother Alice Coltrane's return to recording after a 26-year hiatus; Translinear Light, featuring performances by Alice and Ravi along with Charlie Haden, Jack Dejohnette, James Genus, Jeff Watts, Oran Coltrane and others, was released in late September, 2004 on Impulse!. Shaping his own quartet through a series of recent tours and appearances, February of 2005 saw the release of Ravi's fourth album as a leader - In Flux - for the Savoy Jazz label. The recording features pianist Luis Perdomo, bassist Drew Gress and drummer E.J. Strickland - his primary working unit since 2003. Of “In Flux”, Ben Ratliff of the New York Times writes, “Mr. Coltrane avoids tired song structures and doesn't want to bore you. He's fascinated on one hand by miniatures and on the other by the idea of longer songs that sound like collective improvisation from start to finish. It's a record that you can point to and say: This is what jazz sounds like now in New York.”

Ravi Coltrane remains busy, dedicated and remarkably clear as to the spirit behind his decision to pursue music as his profession.

“I want to be involved with music that is truly honest - that's not trying to follow trends or fit into someone's idea about what jazz 'is'. For Bird, Miles, Monk, Coltrane, and Wayne Shorter, I hold the highest level of appreciation because their love and knowledge of tradition was never greater than their need to follow their own path. The need to be themselves. This is my goal - my aspiration - to acknowledge with love my influences while attempting a move forward - to be open and receptive to shifts in the musical terrain - to make music that is relevant to my present day experience”. Show less

50th Anniversary Of A Love Supreme - Curated By Ravi Coltrane At SFJAZZ...

Grammy-Nominated Saxophonist Ravi Coltrane Kicks Off 2012 at the...

Giants and Legacies: Ravi Coltrane and McCoy Tyner at the Dakota 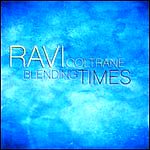 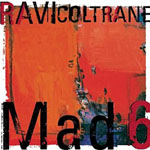 All About Jazz musician pages are maintained by musicians, publicists and trusted members like you. Interested? Tell us why you would like to improve the Ravi Coltrane musician page.