Ray Callender was born in Winfield, Illinois. The son of Charles Callender, a Chicago trumpeter and craftsman at Schilke Music Products, his love for the instrument began at an early age. However, his love for the music didn't develop until early high school, sparked by a double-sided tape of Kind of Blue and Jazz at Massey Hall. He was hooked. Callender began to study the masters, especially Freddie Hubbard, Lee Morgan, and Miles Davis, and his diligence earned him numerous honors while still in high school, including “Best Soloist” at the Chicago Area Jazz Festival, “Outstanding Soloist” at the Rolling Meadows Jazz Festival, and the 1996 Louis Armstrong Jazz Award. Callender graduated Cum Laude from the University of North Florida jazz program where he studied with legendary alto saxophonist Bunky Green. He performed with and composed for the top jazz ensemble and combo and was the featured trumpet soloist on UNF's Down Beat award-winning albums, Things To Come, Second Thoughts, and Through His Eyes, as well as recording with notable pianist/educator Dr. Keith Javors on his 2004 Zoho Records release, Mo' City Jungle.

In 2003, after winning an audition amongst hundreds of emerging jazz artists from all around the globe, Callender was selected by jazz legend Curtis Fuller as a “Jazz Star of Tomorrow.” As a result, he performed in Betty Carter's Jazz Ahead Program at the Kennedy Center for the Performing Arts in Washington, D.C. where he worked with esteemed artists including Fuller, Winard Harper, Carmen Lundy, Jimmy Owens, and John Clayton. He was also one of only four trumpeters nationwide selected to attend a summer residency at the Steans Institute Program for Jazz at Ravinia, where he had the opportunity to work with such venerable mentors as Dr. David Baker, James Moody, Rufus Reid, Danilo Perez, and Nathan Davis as well as perform with up and coming players like Aaron Parks, Kim Thompson, and Maurice Brown. In addition, he was recognized twice by Down Beat magazine for Best Collegiate Jazz Combo (2002-2003).

Ray Callender Trumpet Jacksonville
While this young man's primary influence on his horn is clearly Freddie Hubbard, there are also discernible stylistic resemblances to Lee Morgan and Woody Shaw, giving him a well rounded approach that is both spirited and intelligent.
— Russ Musto, All About Jazz

Callender's trumpet solo is especially impressive; a thematic solo that is the definition of spontaneous composition.
— John Kelman, All About Jazz

…trumpeter Ray Callender (obviously influenced by Freddie Hubbard), at one moment delivering urgent coiling lines of improvisation and at the next retreating to draw attention to a softened final note.
— Don Williamson, JazzReview Magazine 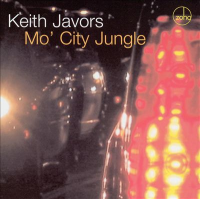 All About Jazz musician pages are maintained by musicians, publicists and trusted members like you. Interested? Tell us why you would like to improve the Ray Callender musician page.