Quinerly grew up in a rich musical environment – one that nourished artists as stylistically diverse as pianists Jason Moran and Robert Glasper, drummers Sebastian Whittaker, Chris Dave and Eric Harland and guitarist Mike Moreno . They all attended Houston's High School of the Performing and Visual Arts, where the teachers, said Quinerly, were “incredibly devoted. They gave us a real head start.”

After graduating high school he ventured to the East Coast, more specifically, the Mannes School of Music at New School University where he got to study with three great drummers: Jimmy Cobb, Lewis Nash, and Kenny Washington. After sometime honing his chops on the scene he returned to school earning his Master's in Jazz Studies at the prestigious Juilliard School.

Noted as a “conscientious jazz drummer with a nimble and approachable style” (Nate Chinen, New York Times) he has played with such leading artists as Wynton and Branford Marsalis, Joe Lovano and Greg Osby.

In 2017 he fulfilled a life-long goal of returning to higher education, this time as a Juilliard faculty member. As a leacturer he has presented masterclasses at Tulane University(New Orleans), The Cultural Arts Center of Galicia, Spain and since 2012 he has created and implemented music curriculum for several school districts throughout northern New Jersey. These music programs teach children teamwork through the fundamentals of rhythm, melody, harmony and songwriting

. As of 2014 the program has been in partnership with the Little Kids Rock program and offers instruction in percussion, guitar, bass, piano and voice. He holds a Supervisors certification and has completed the coursework for the Vice-Principal and Principal certifications. He is a member of Percussive Arts Society and the New Jersey Education Association. Show less

Drummer/Composer Reggie Quinerly Reveals A New Aspect Of His...

Drummer Reggie Quinerly's "Invictus" To Be Released March 17 By... 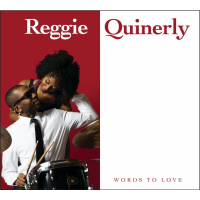 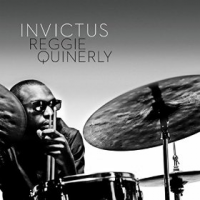 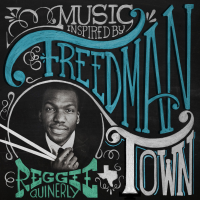 All About Jazz musician pages are maintained by musicians, publicists and trusted members like you. Interested? Tell us why you would like to improve the Reggie Quinerly musician page.