Born in Haiti, Reginald Policard was introduced to music at the early age of 10. His first played instrument was the piano which since shaped his musical career. Reginald first integrated a band in 1969 called Sugar Jazz. That opened the path for several collaboration with other ensembles, particularly the famous Caribbean Sextet, which dominated the music scene in Haiti for many decades and of which he was the band leader and co-founder.

Reginald’s discography includes nine solo recordings and his participation in numerous projects, including films. His album “Vinn Avem” meaning “Come with me” was selected to be in the pool of nominees for the Latin Grammy’s in 1994.

Reginald enjoys playing for his fans and his mastery in the piano comes alive every time he performs. Among many memorable performances, the New Orleans Jazz Festival being a historical jazz music landmark was his most thrilling experience. Chick Corea, Bill Evans and Carlos Jobim are among many that have influenced his musical career.

Reginald has set as a goal to bring his music to the highest exponent in the industry. He continues to delight his fans with good jazz music and as he puts it; “Wants to share the joy that his newly released tunes on his “Detour”cd brought into his life”. 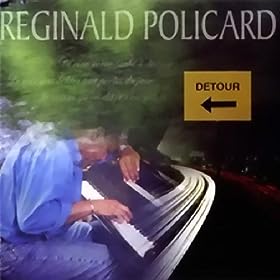 All About Jazz musician pages are maintained by musicians, publicists and trusted members like you. Interested? Tell us why you would like to improve the Reginald Policard musician page.