Renato Diz is a Portuguese pianist, composer and producer based in New York.

A chance encounter with jazz at a concert by pianist and composer Carlos Azevedo, introduced him to the world of improvised music and he decided to pursue his studies in this art. In 2004 he became a private student of Carlos Azevedo and in 2006 he was accepted in the leading jazz program on the Iberian Peninsula at the time, for a Bachelor’s Degree in Musical Performance at ESMAE - IPP in Porto. His main teachers were Michael Lauren and Abe Rábade in jazz, and Sofia Lourenço and José Parra in classical piano. Also, during the same period he had private lessons with the acclaimed pianist Mário Laginha.

During these years in Portugal, Renato Diz worked throughout the country with several projects of his own and collaborations with other artists, namely a trio with Alberto Jorge and Acácio Salero with whom he toured extensively and the experimental project IALASPI. In 2009 he co-wrote and recorded the soundtrack for the documentary “Memórias De Um Lugar”, awarded Official Selection at Curtas Vila do Conde Festival. In 2010 he won the International Art Projects Competition of the Fundação Serralves with his multimedia project Poema Visual Em Forma De Concerto A Partir Do Conto “O Fascínio Do Pequeno Lago” De Virginia Woolf, with which he held an artistic residency at the Serralves em Festa Festival.

In 2011, Renato Diz moved to New York to pursue a Master's Degree in Music Performance at the prestigious New York University, which he concluded Summa Cum Laude. His mentors were Ralph Alessi, Jean-Michel Pilc, Tony Moreno and Andy Milne in jazz, and Marilyn Nonken and José Ramón Mendez in classical and postmodern piano. During this period, he received a scholarship from New York University for Extraordinary Performance, a scholarship from Ella Fitzgerald Foundation for Unique Performance in the Area of Improvised Music, and a Leake & Watts Citizenship Award for Artistic Contributions to the American Society. He was also Assistant Professor in the departments of Jazz and Classical Piano at New York University.

In 2013 he began a duo collaboration with saxophonist Zulfugar Baghirov, a modern and innovative interpretation for duo of selected symphonic works by Azeri / Soviet composers Qara Qarayev, Zakir Baghirov, Faradj Qarayev and Uzeyir Hajibayov. Sponsored entirely by the Karabakh Foundation, the album “QaraBag” was engineered by Joseph Patrych and mixed/mastered by multi Grammy-Award Winner Silas Brown. “QaraBag” was released in 2014, its first physical edition sold out in just two weeks and holds 14 uncanny 5-star reviews on Amazon.

In 2014 his collaboration with New York Times artist André da Loba, an animated short-film entitled “Tuttodunpezzo”, for which he composed/recorded/produced the soundtrack, was awarded the Gold Medal by the Society of Illustrators, the most prestigious organization in this area.

In 2015, his project “I Will Play Your Soul” was selected from 26,000 entries from all over the world to be presented at the IdeasCity Festival at New Museum NYC. After this opportunity the project was sponsored by ARTE Institute and presented at the Portuguese Embassy in Rio de Janeiro, Brazil; Portuguese Consulate in San Francisco, CA; and the Consulate General of Portugal in New Bedford, MA. Also, in the same year Renato recorded the first album of the duo project Renato Diz | Maria Quintanilla at Daniel Lee Music Hall in Los Angeles, with multi Estonian Music Awards-winning engineer José Diogo Neves, entitled “Distance Chemistry” (on New York-based label W&J Productions). This album, composed entirely of free improvisations and improvised arrangements of timeless classics, was recorded live without cuts, edits or physical separation between the musicians.

In the beginning of 2016, Renato Diz recorded two ground-breaking albums as composer, producer and pianist, with completely different instrumentations and aesthetics: “EARPRINTS” (on W&J Productions) an electronic fusion trio with Louis de Mieulle and Raphaël Pannier, and “Poetics of Sight” (on W&J Productions) an avantgarde trio with Sérgio Tavares and Jorge Queijo, deeply rooted in cinematic experiences and experimentation. In the summer of the same year “Distance Chemistry” was released at a completely sold-out Rockwood Music Hall. Inspired by the project’s unique musical approach, movie director Pedro Marnoto Pereira invited the duo to create a short film inspired by their original composition “Conversation II” (meanwhile released online with thousands of views worldwide). Since its release “Distance Chemistry” has sold thousands of copies and is now in its third edition. Later that year, Renato Diz | Maria Quintanilla invited Taiwanese percussionist Sayun Chang to create their new work. They collectively composed several works that perpetuated the stories of aboriginal tribes and Taiwanese traditions, this work culminated in a recording of a very special album that took place at Tedesco Studios in New York entitled “Breathing Taiwan” (on W&J Productions). The work contained in this album is unparalleled in its techniques of composition, improvisation and production approach (again by the hand of engineer José Diogo Neves, and graphic design by the artist Marta Soutinho Alves), and has been considered in Taiwan and throughout Asia as one of the most inspired musical creations of the last decades.

In 2017, Renato released “LAKE”, an animated short film in collaboration with Icelandic visual artist Sigrún Hreins. He was also a special guest of the project Sobre o Mar (with award-winning Angolan writer Ondjaki) with whom he toured through Canada and United States. In the same year he co-wrote, recorded and produced the soundtrack for the documentary Vozes na Névoa along with Maria Quintanilla, directed by Pedro Marnoto Pereira. Also, in the same year his duo with Maria Quintanilla was commissioned to create a special work honoring the History of Portugal by the ARTE Institute, the Portuguese Embassy in the United States and the Instituto Camões. This creation entitled “Portugal: Sonic Paths and Possibilities” contained compositions and original arrangements that explore the deepest origins of Portugal and its inevitable influence and ramifications throughout Africa, South America and Asia. In this set of works the two artists explored not only the voice and the piano, but also flute, percussions, acting, prepared piano and vocal extended techniques. After the world premiere at Joe's Pub NYC, they were invited to present this work at the Festival Portugal International de Montreal in Canada, an event that has an average annual attendance of about 20,000 people.

In June 2018, Renato Diz performed with his trio at one of the most iconic festivals in the world, the historic SummerStage, in the heart of Central Park in New York (where names such as Metallica, Sting, Stevie Wonder, Aretha Franklin and Bobby McFerrin also performed in previous years); on the same day the Grammy-Award nominated Mariza performed presenting her new album.

“...reveals mastery in shaping sonic contortions that draw mystery and uneasiness. Only open-minded creators are capable of feeling so comfortable within these atmospheres, where everything is strange and yet nothing is out of place.” - JazzTrail

“Sensibility, humor, virtuosity, ears and heart... Renato has it all. I always learn something when I hear him play. An exhilarating experience!” - Jean-Michel Pilc

“A talented young pianist who is creating a nicely hybridized style of piano playing drawing from the pools of jazz, free improvisation and contemporary classical music.” - Ralph Alessi

“He is a great musician, composer and friend!” - Tony Moreno

“One of the few young artists that has the courage to forge his own path thereby creating a sound that is uniquely his own!” - Bruce Arnold

“...reveals mastery in shaping sonic contortions that draw mystery and uneasiness. Only open-minded creators are capable of feeling so comfortable within these atmospheres, where everything is strange and yet nothing is out of place.” - JazzTrail

“Sensibility, humor, virtuosity, ears and heart... Renato has it all. I always learn something when I hear him play. An exhilarating experience!” - Jean-Michel Pilc

“A talented young pianist who is creating a nicely hybridized style of piano playing drawing from the pools of jazz, free improvisation and contemporary classical music.” - Ralph Alessi

“He is a great musician, composer and friend!” - Tony Moreno

“One of the few young artists that has the courage to forge his own path thereby creating a sound that is uniquely his own!” - Bruce Arnold

“What is evident is his musical maturity as well as his obvious talent. Renato is exceptionally focused and makes massive strides every time I hear him! What strikes you when you meet Renato is his thirst for expanding his musical horizons, as well as his knowledge.” - Sean Khan

“Renato Diz has a personal, unique concept and voice on the piano. Definitely someone to look out for in the near future...” - Michael Rodriguez

“...I see in him rare and indispensable qualities/features that make him an exceptional pianist/musician....” - Mário Laginha

“...ranking from the start among the most dedicated and charismatic ... Renato's enthusiasm and love for any musical subject is contagious to those who surround him!” - Carlos Azevedo

“...I had the opportunity to follow some of his work as an independent artist, and often appreciated his original thinking, his versatility, his sense of performance and also the high commitment that springs from everything he does...” - José Parra

“Renato has outstanding musical and artistic qualities, specially in its spontaneity and musical imagination, and considerable technical skills and pianistic dexterity!” - Sofia Lourenço 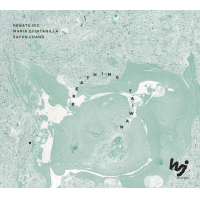 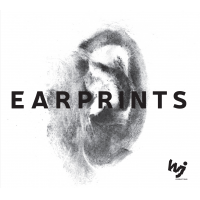 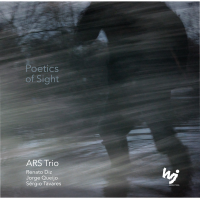 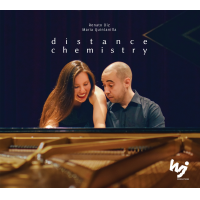 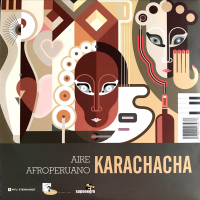 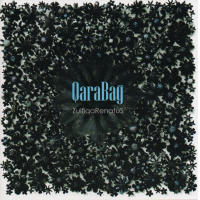 All About Jazz musician pages are maintained by musicians, publicists and trusted members like you. Interested? Tell us why you would like to improve the Renato Diz musician page.