Reuben Radding was born in Washington DC to a family of classical musicians, and relocated to New York City in 1988 where he studied contrabass with Mark Dresser and quickly became a busy stalwart of the Downtown scene. His powerful sound and sensitive listening has contributed to countless ensembles ranging from Jazz, to Classical, as well as ethnic genres, and he has been featured on over 30 recordings on labels such as Leo Records, AUM Fidelity, Tzadik, and Knitting Factory Works.

In 2005 Reuben Radding started the Pine Ear Music record label to make his own recordings available. Distributed by North Country, Pine Ear's first release is the CD “Intersections,” with Matt Moran on vibraphone, and Oscar Noriega on clarinet 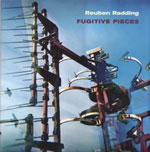 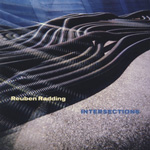 All About Jazz musician pages are maintained by musicians, publicists and trusted members like you. Interested? Tell us why you would like to improve the Reuben Radding musician page.