Originally from New York, Rhenda Fearrington always delivers an authentic and warm presentation of Jazz Standards mixed with Soulful originals. She is “true” to her roots which includes performing on the International stage as a back-up singer for Roberta Flack and MTUME, respectively! When Rhenda sings, it’s quite evident there’s a story being told…and it begins and ends with Joy!

She has also spent years as a Commercial/Jingle Singer; 15 years performing for schools with her “Feel Sooo Good Tour;” a motivational program that focuses on building the self-esteem of children!

Rhenda is also a writer who had a published column, “The ABC of it,” in the Suburban & Wayne Times, for 6 years as well as writing Children’s Book Reviews for Kids Can Press, LTD (Canada). Rhenda writes independent blogs/reviews about the Philadelphia Jazz scene, and is currently pursuing having her children’s books published, in 2014.The series of books tell the story of growing up in New York, with her grandmother, Louise Sanford! 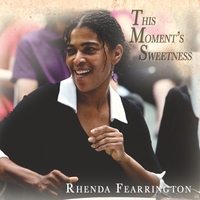 All About Jazz musician pages are maintained by musicians, publicists and trusted members like you. Interested? Tell us why you would like to improve the Rhenda Fearrington musician page.