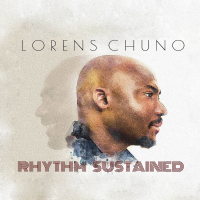 Audiences have praised Lorens Chuno’s performance as energy-filled, captivating and elegant. The New York-based Nigerian musician has created a unique sound that has a broad appeal. His warm and dynamic vocal styling is the perfect vehicle for his catchy and bold modern jazz compositions that are always complete with soul and West African influences. All the aforementioned qualities can be fully experienced in his new album, Rhythm Sustained. Lorens Chuno believes that we each have an internal rhythm that we unconsciously strive to keep. According to Chuno, this album highlights the societal issues that have perturbed his rhythm in the past few years, and how he has struggled with them in order to have his rhythm sustained. The first six songs of this album address societal rhythm-perturbing issues. The opening song “Nuru Onum” has Igbo lyrics and calls for dialogue, wisdom, and understanding within a community. “Changing” talks about the intricacies and inevitability of globalization, and “Mr Sabi” is about a Mr. Know-it-all who sees Africa as a stagnant place and is stupidly and arrogantly poising to save the place and bring it to modernity. “Wait” directly and fearlessly tackles the issue of police brutality and the deep-seated racism in America. “Awake”, another song in Igbo, is an invitation to be “woke” and to work towards unity for the betterment of all. The last six songs celebrate everyday issues through which Lorens Chuno has to navigate in order to sustain his artistic rhythm in New York City. While “Come My Way” talks about inviting love into your life, “Do Not Call” is about the pain of letting go after a love gone wrong. “Rhythm and Life” attempts to give a mathematical interpretation to the meaning of a complete life from the perspective of a metric space. “1 train” is an homage to the train that takes him to and from work everyday, and the Igbo song “Nwayo” encourages us to stop hiding in our busy lives, but to slow down sometimes and come to the village square for a dance. “Today”, the last track of the album reminds us that everyday is a day to work toward a higher happier life. Some of the songs on this album were in Lorens Chuno’s last album “Naija Rhythm Affair, NYC” released in 2016, however having grown so much since the last release, he thought these songs could be served better with a complete re-imagination, and the results are amazing. Although it is the product of a solid jazz foundation, Rhythm Sustained makes an uncontrived effort to incorporate every element of Lorens Chuno’s musical background, including Soukous, as can be in heard in “Today”, Fela Kuti’s Afrobeat as can be heard in “Mr Sabi”, and traditional Igbo ¾ rhythms as can be head in “Nwayo” and “Nuru Onum”. The singer’s jazz background becomes very apparent on “1 Train” which features a temporal alternation between Bossa and Swing, and “Changing”, a song whose saxophone solo cruises smoothly on the circle of 4th’s for 16 bars, starting on an A flat major chord and ending on an F-major chord. A talented vocalist, pianist, percussionist, and dancer, Lorens Chuno has played several distinguished venues and festivals across the country, and has opened for international acts including the Chicago Afrobeat Projects, the Sierra Leone Refugee All Stars, and Angelique Kidjo. He has also worked with some legendary musicians including drummers Poogie Bell and Roger Humphries, and pianists Geri Allen and Marc Cary. In addition to performing and composing, Lorens Chuno maintains a steady voice in the ongoing jazz discourse. He hosts the podcast and online radio show “Doing Jazz with Lorens Chuno” on which he presents captivating conversations with enterprising jazz musicians. Doing Jazz has become one of the major avenues where independent jazz musicians introduce their work. Outside the music world, Lorens Chuno is an active mathematician, and currently an assistant professor of mathematics at Manhattan College. 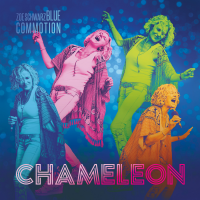 All About Jazz musician pages are maintained by musicians, publicists and trusted members like you. Interested? Tell us why you would like to improve the Rhythm Sustained musician page.