Riccardo Del Fra was born in Rome, Italy in 1956. He studied double bass at the Conservatorio di Frosinone with Franco Petracchi and Franco Noto. Collaborations with the RAI - Radio-Television Orchestra for jazz concerts, TV programs and recordings of movies soundtracks ( Federico Fellini's “The City of Women” - music by Louis Bacalov, Liliana Cavani's “The Skin” - music by Lalo Schifrin, etc.). He played with several italian groups (Piana-Valdambrini, Enrico Pieranunzi) as well as with american soloists coming to Italy. He met Chet Baker in 1979. In the '80s he moved to Paris, France.

In 1989 he records “A SIP of YOUR TOUCH” with Art Farmer, Dave Liebman, Rachel Gould, Enrico Pieranunzi and Michel Graillier. This recording was dedicated to Chet Baker and received many awards. In the 90's, a new period starts for him, dedicated to the study of analysys, orchestration and composition with french contemporary classical composers as well as with Bob Brookmeyer in Köln. RDF wrote “Silent Call” for string orchestra and jazz quartet for the Paris Jazz Festival in 1992, “Volo sul Lago” for jazz septet and Symphony Orchestra in 1994, “Inner Galaxy” for tenor saxophone, double bass and cello ensemble for the Festival de Flandre in Antwerp, Belgium, in 1995, etc.

In 1996, he turned his talents to traditional music. His meeting with breton singer Annie Ebrel gave birth to a very special duo (acclaimed and awarded CD “Voulouz Loar - Velluto di Luna” has been a best seller in its field). They have performed all over France and Europe as well as in Russia, eastern Europe, Scandinavia and Canada. RDF composes music for the cinema movies, specially for the director and actor Lucas Belvaux (”Pour Rire”- 1996, The Trilogy, “Un couple Epatant”, “Cavale”, “Après la Vie”, “Nature contre Nature”, “La raison du Plus Faible” (The Right of the Weakest” - 2006). In 2004 RDF was named head of the Jazz and Improvised Music department at the Conservatoire National Superieur de Musique et de Danse de Paris where he had taken over from the double bass player Jean-Francois Jenny- Clark as teacher in 1998. In 2003, RDF was named Chevalier de l'Ordre des Arts et des Lettres by the Minister of Culture and Communication of France. In 2009, the Ensemble Intercontemporain - renowned as one of the best ensembles of contemporary classical music since its creation, in 1971, by Pierre Boulez – commissioned Riccardo Del Fra the composition of two works that were created in March of that year by the Ensemble conducted by Susanna Mälkki with Dave Liebman au saxophone : Sky Changes and Tree Thrills. These pieces have been played again in October 2010 in New York at the Manhattan School of Music, also with Dave Liebman on saxophone. Riccardo del Fra’s current projects as a leader: The trio Intime In Time, with the trombonist Glenn Ferris and pianist Alain Jean-Marie, the sextet Jazoo Project with young musicians coming from the conservatoire (CD Roses & Roots) or, more recently, special creations with the clarinet player John Ruocco. In 2011 he played in Paris, Italy and Germany in trio with the sensitive pianist Marc Copland and the legendary master Billy Hart. In August 2011, the festival Jazz in Marciac commissioned him to conceive and write a tribute to Chet Baker, My Chet My Song, with Roy Hargrove on trumpet, Pierrick Pedron on alto sax, Bruno Ruder at the piano, RDF on bass, Billy Hart on drums and the orchestra of the Conservatoire de Toulouse. With this homage to Chet Baker, recorded by the TV MEZZO, Riccardo Del Fra has conceived, arranged and composed to create a resonant world where the standards get a particular thickness and a new velvety smoothness thanks to an orchestration where the voices – jazz and classiques – meet, in a silky, fluid and luminous shiver. In 2014 Riccardo Del Fra recorded the CD My Chet My Song with Pierrick Pédron, Airelle Besson, Bruno Ruder, Billy Hart and the Deutsche Filmorchester Babelsberg and released it very successfully in September 2014 on Cristal Records and in 2015 in Italy for the label Parco della Musica. Riccardo Del Fra has been touring in quintet to present the project in Europe in clubs and renown festivals like Berlin Jazz Fest, Enjoy Jazz, Jazz en Baie, Jazz à Porquerolles and La Londe. In October 2018, release of his new album MOVING PEOPLE (Cristal Records 276) and CD release tour in Europe. Show less

Album MOVING PEOPLE - The music is beautiful and generous, capable of inflecting our feelings and exalting them. Kurt Rosenwinkel, Tomasz Dabrowski, Rémi Fox, Jan Prax, Carl-Henri Morisset and Jason Brown marvelously serve the beautifully melodic world of Riccardo Del Fra – a composer of great sensitivity who never ceases to fine-tune his moving (in both senses of the word) and always extremely lyrical music. Jean-Paul Ricard 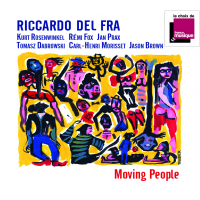 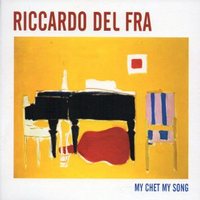 My Chet My Song


A Sip Of Your Touch

All About Jazz musician pages are maintained by musicians, publicists and trusted members like you. Interested? Tell us why you would like to improve the Riccardo Del Fra musician page.