Richard Nelson is a composer and guitarist who is equally at home in both the jazz and contemporary concert music traditions. An active composer in both idioms as well as a professional jazz guitarist, Richard divides his time between the in-the-moment spontaneity of improvisational explorations and the more deliberately organized realms of composition. But rather than keeping these modalities separate, he fosters a healthy creative interplay between them.

The Richard Nelson Imaginary Ensemble is his vehicle for concerts under his own leadership. Flexible in instrumentation, wide-ranging in genre, the group defies categorization with programs that range from fully-composed pieces and progressive jazz (and improvised music of all sorts) to straight-ahead jazz and music across the rock/pop/folk/blues spectrum. Alongside Richard's polystylistic original compositions might appear tunes by Cole Porter, John Lennon and Ornette Coleman as well as contemporary treatments of American traditional songs associated with performers such as Mississippi John Hurt and Roscoe Holcomb.

As a jazz performer and composer/bandleader, Richard has performed widely at festivals, clubs, colleges and other venues in the U.S. and abroad, including the Boston and Concord Jazz Festivals, Symphony Space in New York, and Scullers and The Regattabar in Boston. Musicians he has had the privilege of performing with include, in his student years, Slide Hampton, Joe Henderson, John Handy, George Duke, and Joe Pass, and, more recently, Sheila Jordan, Geri Allen, Mat Maneri, Taylor Ho-Bynum, Rajesh Mehta, Walter Thompson, and Don Stratton. Many of these appearances have been with the Boston-based Aardvark Jazz Orchestra, of which he has been a core member for many years. Richard has released two albums, Origin Story and Figurations, as a leader, and he appears as a sideman on many others, including eleven with Aardvark.

Richard's recent compositions, both for his own ensembles and others, have been in hybrid formations that utilize improvisation as a unifying element in straddling the realms of contemporary classical music, jazz, and rock. His most recently completed large-scale work Pursuit (forthcoming on CD), a five-movement, 35-minute piece for a thirteen-player ensemble, brings his concert-music-composer's sense of large-scale form, structure and development to a work which is largely in a contemporary jazz idiom. Pieces such as Stillness and Spacetime Foam, both for ensembles of improvisers, are vehicles suitable for both concert-music chamber ensembles and small jazz groups.

In addition to numerous jazz compositions for both small and large ensembles, Richard has a large catalog of fully notated pieces directly in the concert music tradition. These works have been performed widely in concerts and at festivals across the country by such groups as Speculum Musicae, ALEA III, and the Charleston Symphony Orchestra, among many others. Nelson has received awards and fellowships from the Charles Ives Center, Yaddo, the MacDowell Colony, Virginia Center for the Creative Arts, and the BMI Jazz Composers Workshop. He received a Trustee Professor Commission for Pursuit from the University of Maine System in 2003, and he was Visiting Artist at the University of Cape Town in the fall of 2004.

Current composition projects include a piece for the Boston-based flute and harp duo “2” and one for the 18-member Aardvark Jazz Orchestra and its two vocalists. This second piece draws on American traditional songs of the 1920s and 30s (from the Harry Smith anthology and elsewhere) as source material, treating them at times abstractly, at times as springboards for Aardvark's experienced and inventive improvisers, and finally in surprising though recognizable vocal settings.

Richard's undergraduate education was at the University of California (Berkeley). His graduate studies in composition were at Indiana University and Columbia; his principal teachers were Don Erb and Mario Davidovsky. A native of the San Francisco Bay Area, Nelson currently resides in Maine, where he is an Associate Professor of music and head of the Composition Concentration at the University of Maine at Augusta. Show less 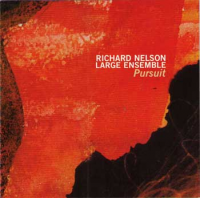 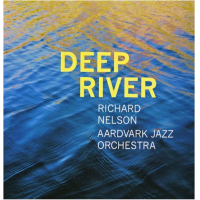 All About Jazz musician pages are maintained by musicians, publicists and trusted members like you. Interested? Tell us why you would like to improve the Richard Nelson musician page.