Richard’s original composition “Ivories Tower”, composed for the ASCAP award in honor of jazz legend Hank Jones, was premiered by the Chicago Jazz Ensemble under the direction of Jon Faddis in February 2009. The work was subsequently performed by the Metropole Orchestra (May, 2009) with Hank Jones as the featured soloist. His meeting with Hank Jones led to further arranging work with the maestro, including editing and music preparation for The Hank Jones Songbook of Hank’s little known original tunes (2010). This was to be followed by a studio date of the material with arrangements by Sussman, a project that unfortunately never materialized due to Hank’s untimely passing in the summer of 2010.

Richard has an ongoing and active commitment to music education. He has been a member of the jazz faculty at Manhattan School of Music since 1986 where his responsibilities have included private composition lessons, teaching and developing curriculum for jazz arranging classes, as well as managing all aspects of the Electronic Music Technology Studios and related courses for the Jazz Department. Richard’s book “Jazz Composition and Arranging In the Digital Age”, co-authored with Michael Abene (Oxford University Press, 2012), has been hailed as a comprehensive and trend-setting text for jazz composers in the 21st century. Richard continues his commitment to education as a member of the Jazz Education Network, College Music Society, and frequent clinician at national conferences by IAJE, JEN, CMS, TI:ME, CMS-NAMM Generation Next, and at many schools around the world.

Richard has directed much of his creative energy over the years towards exploring ways of integrating elements of jazz improvisation, contemporary classical compositional techniques, electronics, and contemporary pop music. In 2014 he received a Chamber Music America New Jazz Works Award to create a new composition for jazz group, string quartet, and electronics, providing an opportunity to further explore this ongoing interest. He also received the College Music Society Fund Technology Award in 2013 for developing a two-year Masters degree program in Music Technology and Contemporary Media at the Manhattan School of Music. Richard continues to build a presence in the avante-garde, hybrid world of New Music, with recent appearances at the Tribeca New Music Festival, Composers Concordance Festival, and Tania Leon’s Composers Now Festival in New York. His extensive work in the field of film and television scoring has included projects for ABC, NBC, CBS, Nickelodeon, and Disney, as well as numerous independent films and videos.

Richard Sussman is a skilled and experienced clinician, and is available for master classes and residencies in the areas of jazz composition, arranging, theory, improvisation, and many areas of music technology, including film scoring. He has traveled to China twice, performing and teaching master classes at major conservatories there. For his most recent trip to China in May, 2014, he authored the book “Jazz Theory and Improvisation”, translated to Mandarin and targeted specifically to the Chinese students and educators. Show less

The Richard Sussman Trio The Hudson House of Nyack Thursday nights in... 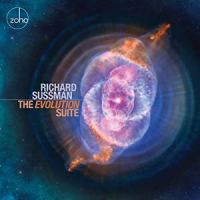 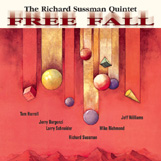 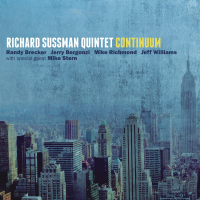 All About Jazz musician pages are maintained by musicians, publicists and trusted members like you. Interested? Tell us why you would like to improve the Richard Sussman musician page.