RICHIE LOVE aka The Saxiest Man Alive is a gifted saxophonist/vocalist and innovative virtuoso music artist. At an early age, he was nurtured deep in the genre roots of “Jazz”, “Blues”, “Rhythm and blues”, and “Funk” Richie plays ALL Saxophones, he's a Composer, Producer, Arranger, Vocalist, Band Leader, Teacher and Mentor. Ceo of Saxworld Productions Since 1985 established in Los Angeles, his First Record Release was “1987”. Richie Started playing Alto Sax at Age 6 and has Performed, Recorded and Studied with Some of the Greats, Johnny Otis, Buddy Miles, Norman Connors, Shuggie Otis, Andre Lewis(Mandre), Lalomie Washburn, Barbara Morrison, Angela Bofill, Rickey Minor and Lester Abrams to name a few. Richie's been In and Around the Music Business All his Life, he's Performed on Thousands of Concerts, Recordings, T.V., Radio, C.D's, Music Festivals and Venues. Richie's Band “The Love Connection” has been Rocking Audiences for Over 25 Years from Coast To Coast. They've performed on countless Jazz, R&B, Blues, Music Festivals and have headlined with Hank Crawford, Les McCann, Buddy Miles, Wayman Tisdale, Preston Love and more. Richie was family mentored and naturally influenced by the music of his late and great World renowned father, Preston Love, Sr., a purveyor and historian of “Classical Jazz and Blues”. Preston performed with historic legends from Count Basie and Billie Holiday to Aretha Franklin and Marvin Gaye. In the 60s he became Motown's first West Coast Orchestra leader/Contractor. Richie is a uniquely gifted musical Jazz artist, for whom, all serious connoisseurs and casual music listeners can overwhelmingly appreciate and enjoy. He has been featured on over 20 CD releases of many music genres. —“Mr. Richie Love, “makes a Love” with his music,…and makes his music,..with Love”! —His New CD “New Horizons” will be Available Summer “2019” and you'll be able to cherish his timeless sound for years to come.. Don't Miss an opportunity to witness this explosive Musician/performer and his dynamite Band The Love Connection.

Love’s company, SaxWorld Productions, formed in 1985, was established to mentor young people in music and was awarded three mentoring grants from the Nebraska Arts Council . Love received Community Service Awards for his work with children in Los Angeles, Compton and Nebraska. References: Richie was mentioned in two national book releases: Upside Your Head by Johnny Otis, A Thousand Honey Creeks Later, by Preston Love, Sr. Richie was the feature of several news articles for his musical accomplishments, community service and the success of his band. Those articles include an article by Linda Allen, for Balance News, Preston Love, Sr. for the Omaha Star Newspaper and Matthew Stelly, for the Crusader.

richie love love connection Saxophone saxworld productions New Horizons North Carolina jazz Smooth Jazz rhythm and blues Los Angeles Raleigh
Richie Love,is a gifted saxophonist/vocalist and innovative virtuoso music artist. A Master on Sax, will take you back to a time when music was REAL and you were in love with life. 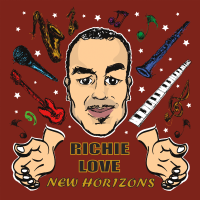 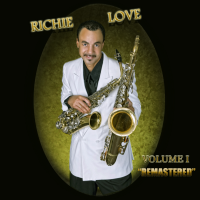 All About Jazz musician pages are maintained by musicians, publicists and trusted members like you. Interested? Tell us why you would like to improve the Richie Love musician page.