Rich Szabo was born in Newark, New Jersey, March 16, 1956. The fiery trumpet star began studying his instrument at the age of nine. As a teenager he dreamed of playing with his idol, Maynard Ferguson. Upon his completion of his musical studies at Fairleigh Dickinson University, Rich's dream was fulfilled when he was asked to join the Maynard Ferguson Orchestra.

After serving his internship with Maynard, Rich went back to his home in the New York City Metro Area and assembled some of the finest musicians to create one of the most exciting big bands in the country today.

Rich and the band have been playing to sold out audiences across the country. Whether it be a concert, dance or intimate jazz room, the Rich Szabo will knock you out! 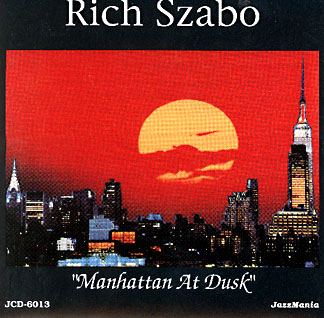 Best Of Both Worlds

All About Jazz musician pages are maintained by musicians, publicists and trusted members like you. Interested? Tell us why you would like to improve the Rich Szabo musician page.