Richard (Rick) Lawn is the former, now retired Dean of the College of Performing Arts at The University of the Arts in Philadelphia (uarts.edu) where he now holds a professorship in the School of Music. He was the Founding Director of Jazz Studies, Chair of the Department of Music, and Associate Dean for Academic Affairs at The University of Texas at Austin.

Before joining the Texas faculty Rick was Director of Jazz Studies at the University of Northern Iowa. Rick holds undergraduate and graduate degrees from the Eastman School of Music where his principal teachers were Rayburn Wright, Bill Dobbins, Chuck Mangione and William Osseck.

Grants from the National Endowment of the Arts have supported his work as a composer, and as a member of the Nova Saxophone Quartet he has recorded on the Musical Heritage Society, Crystal and Equilibrium labels. He has also served on the IAJE Board and contributed numerous articles to this organization’s journal as well as the MENC Journal and the Instrumentalist magazines.

His most recent recording as leader and composer/arranger received strong reviews and was aired across the US. Entitled “Earth Tones” if features Power of 10 a Philadelphia band of some of the finest musicians in the area. The CD is available from CD Baby and other online outlets.

Rick continues to perform with COMPASS, a jazz quartet that has been playing together for nearly 40 years! You can learn about the quartet, it’s summer & fall performance schedule, and the exciting jazz cantata “What is Man?” offered by the quartet.

I have taught saxophone and clarinet for over 40 years. I am presently affiliated with the Conservatory of Musical Arts. I also teach jazz arranging and composition as well as jazz theory and jazz history.

I served for many years as a Selmer sponsored soloist and clinician performing in many states across the US. I am currently available for saxophone and jazz workshops, clinics and adjudications. 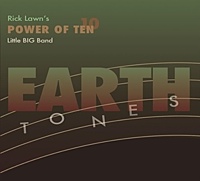 All About Jazz musician pages are maintained by musicians, publicists and trusted members like you. Interested? Tell us why you would like to improve the Rick Lawn musician page.