Tenor Saxophonist Ricky Ford was born 4 March 1954, Boston, Massachusetts, USA. Ford started to play drums, and then changed to tenor saxophone at the age of 15, inspired by Rahsaan Roland Kirk. Ran Blake heard him playing in a Boston Club and persuaded him to study music at the New England Conservatory. (Blake later invited him to play on several albums too, including “Rapport,” “Short Life Of Barbara Monk” and “That Certain Feeling”).

In 1974 Ford joined the Duke Ellington Orchestra under the leadership of Mercer Ellington and in 1976 he replaced George Adams in the Charles Mingus group, recording on “Three Or Four Shades of Blue” and “Me Myself An Eye.”

In the late 70s and early 80s he played with Dannie Richmond, Mingus Dynasty, George Russell, Beaver Harris, Lionel Hampton and Adbullah Ibrahim’s Ekaya group. However, following the release of his debut album in 1977 he has worked increasingly as a leader, often recording with Jimmy Cobb and ex-Ellington colleague James Spaulding.

His latest releases also feature one of his New England Conservatory teachers, Jaki Byard. In 1999 he released “Balaena,” followed by Songs For My Mother,” in 2002 and “Reed and Keys,” in 2003 where he teamed up with pianist Kirk Lightsey.

A strong, authoritative tenor player, Ford's fluency in most idioms of modern jazz has perhaps hindered the development of an individual voice

. From 2000, he has been Professor at the Bilgi University in Istambul, Turkey. Show less 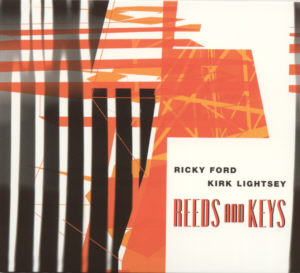 All About Jazz musician pages are maintained by musicians, publicists and trusted members like you. Interested? Tell us why you would like to improve the Ricky Ford musician page.