Rico Belled was born in the Netherlands to a Spanish pianist and his Swiss wife; growing up in such a multicultural environment, he was exposed to many styles of music and started playing piano at age 11, exploring everything from classical music to jazz. At 15 Rico started playing gigs with local bands doing Pop and Blues, slowly getting interested more and more in the bass, which he started really practicing at age 17.

In 1989, Studying Electrical Engineering at the TU Delft, Rico met Roy Cruz in The Hague and joined his weekly Sunday night band at ‘De Pater’ exploring the world of Funk and Jazz playing Fender Rhodes. These sessions broke down all stylistic walls as the band would go from playing Weather Report tunes to full on James Brown Funk, featuring as many as 10 people on the little stage, playing for a sold out house every Sunday. While getting an education in art of jamming, Rico soaked up a lot of bass stylings from Roy and started really shedding and playing as much as possible.

Realizing music was his passion, in 1992 Rico decided to give up engineering and attend the acclaimed Musicians Institute in Hollywood, CA. Graduating with the highest honors a year later, he was already playing with a few different groups in the L.A. area and in the following years made a name for himself as a session musician, on bass and keyboards.

Another breakthrough came when he joined Don Randi and the house band at the world famous Baked Potato in 1994. Doing the gig regularly for about 2 years, Rico met a lot of wonderful musicians and started writing his own music, performing at the same club with bands of his own.

Soon, all kinds of gigs started coming along, playing and recording with Marc Antoine, the Dan Band, Sound Assembly and Jeff Robinson, and Rico started to work solidly as a first call bassist. Joining Leslie Paula’s “Latin Soul Band”, he started exploring the world of Latin music, eventually becoming musical director for the band and starting to write arrangements as well. Along the way, there were gigs as diverse as TV performances with Liza Minelli and on a Dockers Superbowl commercial, record dates for Chris Standring and rocker Scott Grimes, the JVC jazz festival at the Hollywood Bowl with Keiko Matsui and many others.

Still interested in technology, Rico began recording and producing at home around 2000, finding a great outlet for his compositions. Slowly but surely, he started getting music out there; his music has been used on TV all over the world, from Japan to France, from TV shows to movie trailers. He has co-written and published music with artists as Mindi Abair and Jeff Robinson. In 2006 Rico produced Ronnie Gutierrez debut CD “Like Father Like Son”, writing two songs and playing multiple instruments.

In 2008 Rico was asked to join the Rippingtons, starting with recording the album ‘Modern Art’, for which he received a Grammy Nomination in 2010. Still a member, he remains one of the top bassists in L.A., known for his deep groove and versatility, staying busy live and in the studio.

On June 20th 2010, his debut album “The Pursuit Of Comfort” will be released, featuring Rippingtons band mates Jeff Kashiwa and Dave Karasony, Jeff Babko and Jonathan Dresel from the Jimmy Kimmel Live band, and many other top L.A. musicians. Ranging from Latin Jazz to Funk, from Salsa to Tango, the CD showcases Rico as a producer, composer, arranger as well as a musician. Show less 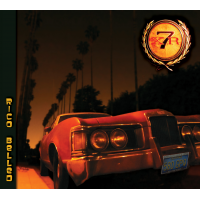 
The Pursuit Of Comfort

All About Jazz musician pages are maintained by musicians, publicists and trusted members like you. Interested? Tell us why you would like to improve the Rico Belled musician page.