RiShon Odel Northington is perhaps one of the most creative talents in this era; he is currently tours with 3x-time Grammy-Nominated Saxophonist NAJEE whose last 3 singles have rode the Billboard Top 10 in two categories, Smooth Jazz and R&B. As part of NAJEE’S 2-year 5-Star band (Ticketmaster), Odel is a member of the International Society of Bassists and endorses DR “Black Beauties” Strings; along with other bassists like Marcus Miller, Thaddeus Tribbett, Sting, Mike Harrington and more. In addition, Odel has traveled and recorded with a pastiche of great artists throughout his career, such as: Marvin Winans, Phil Perry, Me’Lisa Morgan, Donnie McClurkin, Special Gift and (Love & Hip-Hop star) “Stevie J” Jordan… (see bottom for extended list)

While still pursuing a Sociology degree at a SUNY College, Odel burst onto the music scene in 2006 with an arco bass piece performed at the opening of the JoAnn Faletta International Guitar Competition alongside the Buffalo Select Chorus. Having authored his first instructional Book of Bass Volume 1(Dorrance Publishing), and conducted his first orchestra in 2009 and in the same year was nominated “Best Classical Musician” by Artvoice magazine. Odel has composed music for the Eastman String Quartet, Buffalo State College Symphonic Band and The Ieda String Ensemble; which he used to score the film “Less Than Perfect,” produced by film legend Reuben Santiago. In 2010, Odel released a DVD documentary on Jazz History which is available in the SUNY Interlibrary loan system under both History and Criticism. The DVD features band members of the late Charles Mingus’ tour band.

Having such a vast love of music, Odel started his musical career with just a few trips to the music store which expanded into drum workshops and videos with drumming legends Liberty DeVito, Dom Famularo and LaDell Abrams. Within his first year of playing Odel got his first professional gig with Malaco recording artist “Georgia Mass Choir,” filling in for Alex Evans (Patti Labelle, Whitney Houston).

When he is not playing or composing, he conducts workshops and clinics throughout the U. S., Canada and other territories. His teaching record consists of vocal and instrumental students that have gone on to Howard University, Berklee College of Music, Buffalo State College, Michigan State, and more…

The typical RiShon Odel consists of lessons of what actually happens in real life gigging situations, both musically and professionally speaking. 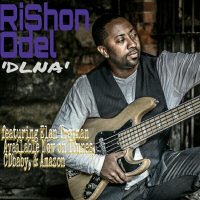 All About Jazz musician pages are maintained by musicians, publicists and trusted members like you. Interested? Tell us why you would like to improve the RiShon Odel musician page.