Singer/ songwriter r’kardo grew up in the sunny isle of Trinidad where his passion for music and performance was developed by an eclectic exposure to different musical genres from the early age of 8.

From learning to play the recorder, progressing to classical guitar by 12, then school plays to a gospel choir, individual performances in music festivals and recitals, this young man relentlessly trained and honed his craft; working with acclaimed british musicologist Geraldine O’Connor, and Stella award winning songwriter Sterling Gittens. This progression culminated in a Musical Theatre degree (with an emphasis on jazz performance) from Manhattans Marymount College and training with Musical Theatre Works Tony nominated director Lonny Price.

He is an accomplished actor, whose credits include ‘Rolf’ in Rodgers & Hammerstein’s ‘The Sound of Music’, ‘multiple characters’ in William F. Hoffman’s ‘As Is’, ‘the Narrator’ in Andrew Lloyd Webber’s ‘Joseph and the Amazing Technicolor Dreamcoat’, ‘Jack’ in Jack Sharkey’s british comedy ‘The Murder Room’, and ‘Azolan’ in Christopher Hampton’s ‘Les Liasons Dangereuses’; off Broadway credit for the Interborough Repertory Theatre touring Company of ‘The Roots of Rap’; acting credits for several television commercials and jingles completed while growing up in the caribbean.

r’kardo has performed at New York’s own Brooklyn Academy of Music, Cami Hall, funk poetry spot The Chocolate Monkey, Ashford & Simpson’s Sugar bar, and the infamous Brooklyn Moon Café; he has serenaded the young ladies/ finalists of the Miss Trinidad & Tobago New York Pageant, and was a feature act at the Bronx Street Festival. He is an award winning calypsonian, accumulating trophy upon trophy for his lyrically sound compositions in the calypso artform, and was also a finalist in Trinidad’s National Young Kings competition. His heart however, lies in jazz, as he believes that any genre of music and/ or culture can be expressed through an honest vocal interpretation within that arena.

R'kardo Vocalist
“Never have I heard a male jazz vocalist perform an Alanis Morissette song and make it sound like Nina Simone met will downing. AND use a steel pan for the orchestration. Fabulous.” ” Stacy Weekes-Codrington, Entertainment and Society columnist, the Brooklyn News

“When I listen to this young man, shades of Will Downing, Teddy P. and Larry Graham shine through within his own unique style “ he is a living cushion of sound.” ” Angela Martin-Hinds, Entertainment Columnist, The Trinidad Guardian 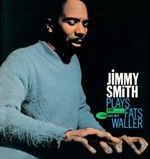 All About Jazz musician pages are maintained by musicians, publicists and trusted members like you. Interested? Tell us why you would like to improve the R'kardo musician page.