After producing, engineering and mixing other artists' R&B and hip-hop projects for 20 years in the Detroit area, RK DAWKINS has just released JOURNEY, his first solo effort. Drawing on old school jazz influences from the 70s such as Ronnie Laws, Herbie Hancock, Bob James, Norman Connors, the Crusaders, Earth Wind and Fire and others, most of the compositions have a decidedly funky element. Much of the music of the '70s, whether jazz or R&B (not to mention funk), had a funky bass line, guitar and/ or drum bed, because after all, it WAS the era of funk. Dawkins believes, like James Brown, that “whatseneva I play, gots to be funky!” Thus, Journey pays homage to the artists and music of the funk- laden jazz era.

Having worked with artists such as MC Breed, Awesome Dre, blues artist Larry McCray, rapper Dangerous D, Jeannie Lyles, Aduo, And producers Gary Spaniola (Ready for the World), Dawkins walked away from the music business in 2006 to concentrate on a law career in Atlanta.

Reemerging in 2016, he began work on Journey, just releasing it in July 2017. RKD composed, produced and performed all instruments on the album. For the first time working in complete solitude, Journey was born. 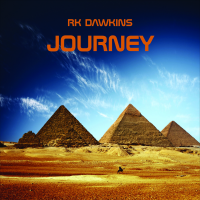 All About Jazz musician pages are maintained by musicians, publicists and trusted members like you. Interested? Tell us why you would like to improve the RK Dawkins musician page.