Born and raised in the American South, Robert has lived and worked in the San Francisco bay area since 1988. He played piano in the Stanford University Jazz Band and studied jazz piano with the great jazz pianist, band director, and educator Bill Bell.

Robert was a founding member of the groups Hip Pocket Jazz Quintet and Double Funk Crunch, and has had the pleasure of playing venues such as Yoshi's, the Boom Boom Room, the Agenda Lounge (back in the day) and the SFJAZZ Miner Auditorium with renowned players such as Nancy Wright, Calvin Keys, Will Weston, Terrence Brewer, and many more, playing jazz, blues, R&B, and rock and roll.

Among his many inspirations Robert counts the playing of Jack McDuff, Billy Childs, Larry Goldings, Herbie Hancock, and Tony Monaco.

"Indiana Can Help Choose a President": Robert Kennedy and the 1968...

“Big shoes… [is] a wonderful collection of original compositions… Kennedy’s playing is full of excellent musical taste, and an intrinsic ability to swing… [Kennedy, Razavi, and Rhodes] groove ourageously throughout the CD… The title is Big Shoes but it could be Big Shoes and Big Ears!” — Musicscribe, emusic.com, 22 July, 2015 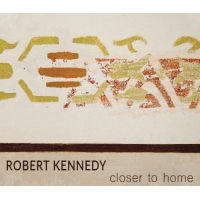 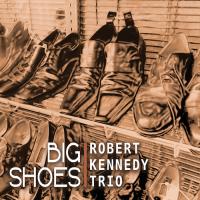 All About Jazz musician pages are maintained by musicians, publicists and trusted members like you. Interested? Tell us why you would like to improve the Robert Kennedy musician page.