Robert Anthony Plant, CBE (born 20 August 1948), is an English rock singer and songwriter, best known as the lead vocalist and lyricist of the rock band Led Zeppelin. He has also had a successful solo career.

After the break-up of Led Zeppelin in 1980 (following the death of John Bonham), Plant pursued a successful solo career beginning with “Pictures at Eleven” in 1982, followed by 1983's “The Principle of Moments.”

In 1984, Plant formed a short-lived all-star group with Jimmy Page and Jeff Beck called The Honeydrippers, who had a #3 hit with a remake of the Phil Phillips' tune, “Sea of Love.”

Pairing with Led Zeppelin guitarist Jimmy Page as Page and Plant the duo became a full-fledged performing act from 1994 through 1998, releasing the “Unledded” album in 1994. Page and Plant recorded their only post-Zeppelin album of original material on the 1998 album, “Walking into Clarksdale.” A song from this album, “Please Read the Letter”, was re-recorded by Plant with Alison Krauss, winning the 2009 Grammy Award for Record of the Year.

Starting in mid-1999, Plant performed until the end of 2000 at several small venues with his folk-rock band, named Priory of Brion. In 2002, with his then newly-formed band Strange Sensation, Plant released a widely acclaimed collection of mostly blues and folk remakes, “Dreamland.” Contrasting with this lush collection of often relatively obscure remakes, the second album with Strange Sensation, 2005’s “Mighty ReArranger,” contained new, original songs. Both have received some of the most favorable reviews of Plant's solo career and four Grammy nominations, two in 2003 and two in 2006.

From 2007-2008, Plant recorded and performed with bluegrass star Alison Krauss. A duet album, “Raising Sand,” was released in October 2007 on Rounder Records. The album, recorded in Nashville and Los Angeles and produced by T-Bone Burnett, includes performances of lesser-known material from R&B, blues, folk, and country songwriters. The album has been successful critically and commercially, debuting at #2 on the Billboard 200 Albums chart and #2 on the Top Country Albums chart. It was an international success as well, being certified platinum in many countries. The song “Gone Gone Gone (Done Moved On)” from “Raising Sand” won a Grammy for Best Pop Collaboration with Vocals in 2008. “Raising Sand” also won Album of the Year at the 51st Grammy Awards.

In July 2010, Plant embarked on a twelve-date tour in the United States with a new group called Band of Joy, reprising the name of his very first band in the 1960s. The group includes singer Patty Griffin, singer-guitarist Buddy Miller, multi-instrumentalist and vocalist Darrell Scott, bassist-vocalist Byron House, and drummer-percussionist-vocalist Marco Giovino. A new studio album called “Band of Joy” was released in September 2010 on the Rounder Records label. Show less

Text of Robert Plant, Pete Townsend and Brian May Letter Calling On... 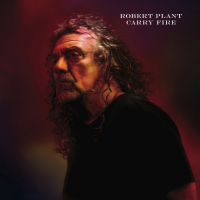 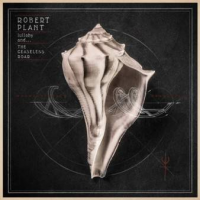 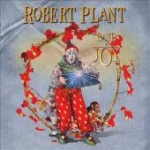 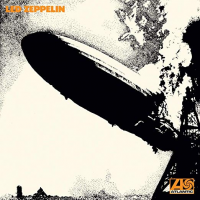 All About Jazz musician pages are maintained by musicians, publicists and trusted members like you. Interested? Tell us why you would like to improve the Robert Plant musician page.