Born in the Bari suburbs (South Italy) in 1973 starts at 6 years to learn guitar with classical studies, but then stopped studies for soccer. In the teen age after a live show of Pink Floyd near Naples dust is for always removed from his guitar. Around 20 becomes the guitarist of a quiet famous local rock-progressive band, in the same period he starts to study jazz and fusion with some of the best local jazz guitar players. Jazz enters always more in his music and he performs with several local artists in Bari and in Puglia Region playing different styles. Classical and electrical guitar are both used depending on the context. In 2011 is released the 1st album Portrait of my land all played with classical guitar with a world music approach in a fusion of jazz, bossa, tango, classical. In 2012 the second album I'm so far from the crowd, more jazz, where classical and electric guitar are played both. Guitarists who inspires him are John Scofield, Mike Stern, Wes Montgomery, George Benson but also rock/blues guitar players as Steve Rothery, Jimi Hendrix, Mark Knoepfler, Pino Daniele, Eric Clapton and classical guitarists and composers as well. Most influential musicians for him are John Coltrane, McCoy Tyner, Bill Evans, Wayne Shorter, Cannonball Adderley. 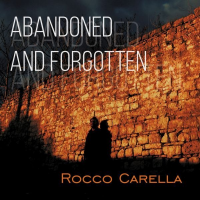 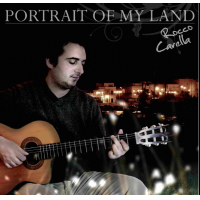 Portrait of my land

All About Jazz musician pages are maintained by musicians, publicists and trusted members like you. Interested? Tell us why you would like to improve the Rocco Carella musician page.