Recording artist, multi-instrumentalist, performer, and composer Roger Ebacher brings over 40 years of professional stage and studio experience to his table of musical offerings. Appearing on his own highly reviewed recordings as a consummate flutist including ”Flutation Device” & “Backyard Carneval”, with numerous additional guest CD appearances on a variety of instruments, Roger's roots and branches cover many styles. Jazz, fusion, Brazilian, Afro-Cuban, reggae, Latin Jazz, Flamenco, African, and other world musics all come into play with his uniquely original compositions and dynamic live performances. He is also an in-demand percussionist (congas, bongos, dumbek, kalimba, etc.), singer, and keyboardist, and as such is comfortable and highly skilled in a variety of musical settings.

Roger has twice been the featured guest artist on Boston's premier jazz radio program, Eric in the Evening (WGBH-FM, 89.7), and his music has been on the airwaves all over North America, Europe, and as far east as India, Thailand, and Russia. Based in the Boston area, Ebacher is held in high regard for the passion, artistry and professionalism he brings to his recordings and to his live appearances, for which he has access to some of the finest supporting players available from Boston to New York.

Since 2008 Roger's world music project, THE AIR DEPARTMENT, has dipped deeply into the music of the Middle East, India, and Brazil, mixing it with Ambient, Electronica, Downtempo, and more. With five releases to date available worldwide, this music is a veritable sonic stew for adventurous listeners in today's evolving musical universe.

BLUEISH GREY is Roger's newest offering, and marks the first recording in several years to be released under his own name. And while he has played most of the instruments on his more recent recordings, this outing is something of a tour de force of his talents as he is heard here on all instruments exclusively. Show less 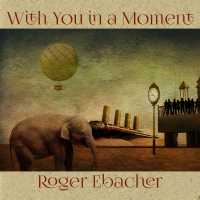 With You In a Moment 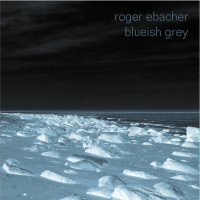 All About Jazz musician pages are maintained by musicians, publicists and trusted members like you. Interested? Tell us why you would like to improve the Roger Ebacher musician page.