Stafford, the handsome, vivacious and driving front man was a real showman on stage and became popular at the Cinnamon Cinder night clubs and developed a large following from the TV show appearances in the Los Angeles area. He and the Monarchs sat front row center when The Beatles first played the Hollywood Bowl, which Bob Eubanks had placed his home up as collateral to bring the English mob head group to Los Angeles, producing the event.

The Royale Monarchs were a Southern California surf band of the late 1960s, signed by radio personality Bob Eubanks as house band at his Cinnamon Cinder night clubs, regulars on his “Hollywood Dance Time” and “The Cinnamon Cinder” television shows.

While playing the “sock hops” they often performed as backup band for touring recording artist, Jan and Dean, The Hondells or The Honeys. While at the Cinnamon Cinder they backed up weekly such acts as Jackie DeShannon, Dick and Dede, The Ronettes, Little Stevie Wonder, The Coasters, The Rivingtons and Chuck Berry.

Producer Gary Usher signed the newly reformed group, The Forte' Four to a recording contract at MCA/Universal and released several singles on Decca Records. Ernie Earnshaw, of Love Song took over on drums and Guy Watson on bass in the new group. Guitarist Glen Campbell joined as a session musician on recordings adding back up harmony along with Usher. The group's first single under the Royale Monarchs name was “Sombrero Stomp,” featuring Schaeffer on tenor sax.

Roger was a singular personality. Full of talent and ambition. I met him in gym class. His locker was next to mine and we struck up a guitar friendship. Soon we were playing together. We collaborated for 7 years in a band called the Royale Monarchs that made a name for itself as a surf band though we really were a rock band. That the band name lives on so long after we played together is a testament to our hard work and effort. I just saw him last week and he looked like he was coming out of danger. We were working on a reunion too. He will be sadly missed.
Dan Anthony

Born in Sheffield England January 6, 1943, Roger came to the US with his parents and sister Sue Sherard to Oakland, California in Dececmber, 1949. During his early years in Oakland, he was very active in the Filbert Street Boys Club and in 1952 he was named Boy of the Year.

Stafford married his high school sweetheart Linda Bidwell, both from Huntington Park High School. The have a son Jason and his wife Camille and their two daughters, Kyra and Ava. Their daughter Tracii Castelo son is Austin Castelo. Twice divorced he was last married to Jane Seeley.

Roger Stafford died January 27, 2012 from complications following kidney failure after being hospitalized with influenza and pneumonia at Kaleah Delta Hospital then transfered to a resting home in Visalia, he was 69. Show less 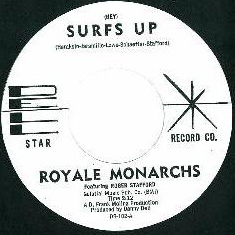 All About Jazz musician pages are maintained by musicians, publicists and trusted members like you. Interested? Tell us why you would like to improve the Roger Stafford musician page.