Born on December 30, 1965, Affif learned all about passion from his mother Marlene, and discipline and endurance from his father Charlie Affif, a fiercely competitive middleweight boxer who numbered Miles Davis among his fans and close friends. “He had all these records around the house that my brother, Mark, started listening to,” Ron recently told his hometown paper, the Pittsburgh Post- Gazette. “Mark had a guitar in the house. I guess I was around 12, and I picked up the guitar. I just had an urge to play an instrument.”

His uncle, Ron Anthony, was a superb guitarist who worked with the likes of George Shearing and Frank Sinatra. “When I was 12, Uncle Ron gave me my first guitar lesson.” Affif played music with friends through high school. When he turned 18, rather than take the music scholarship offered by Duquesne University, he moved to Los Angeles to be near his uncle, who had offered to let Affif sub for him on dates he couldn't make. “From an early age, I did all kinds of gigs. I've worked with everybody from Al Martino to Roger Williams, and I learned a ton of old songs from Gershwin on up. That whole working musician vibe really helped me grow as a professional. So, if a singer comes up and wants to do a tune, it doesn't matter what key--because I'm cool.”

Eventually Affif moved to his current home, New York City, drawn because it's “where all the other guys are, and that's what brings out the most of what you have. I mean there are guys who play great everywhere. But in New York there's just more of them. When I first came to New York [guitarist] Gene Bertoncini gave me some solid advice. He said to let the singers know I did that kind of work, because a lot of the joints they work don't have pianos, and when the jazz gigs dry up for a minute, they'll have work for you.”

That singing quality is what distinguishes Affif from most of the other high-octane guitar-slingers, and informs his phrasing with a sense of rhythm and pace all too rare on the instrument, as he allows each note to blossom and recede with a breathlike purity and relaxation that belie his fiery chops. And unlike many hot players, Affif respects the power of melody too much to simply concoct a series of dancing bear tricks as a prelude to the blowing choruses.

As for repertoire, “When a lot of cats write tunes, they're not thinking tune, they're thinking improvise. But it's not like they've written a melody you can sing to your girlfriend...that's why my main man is Sinatra. There's this yearning when he sings, just like Miles--a very expressive, lonely sound.” Show less 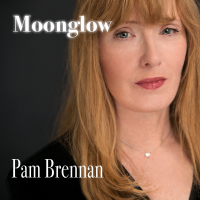 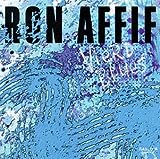 All About Jazz musician pages are maintained by musicians, publicists and trusted members like you. Interested? Tell us why you would like to improve the Ron Affif musician page.