ROSALIA DE CUBA was born in Cienfuegos, Cuba, where she studied music history and singing. She´s a singer with a powerful voice and personality that celebrate the Caribbean, Cuba, and international rhythms. Rosalia knows how to transmit feelings, passion and joy in each song. She is a natural and charismatic singer who shines on stage! When you hear her deep voice, it reminds you of Cesaria Evora, Celia Cruz, and Shirley Bassey.

It is a fusion between world music and Cuban rhythms, with a repertoire of well-known songs that have made history in fused with Cuban rhythms. The dynamic and elegant song choices can range from all-time classics (jazz standards, bossa, pop, soul, Latin jazz, boleros) to the most authentic and delicious Cuban rhythm. She sings in English, French, Italian, Portuguese, and, of course, in Spanish.

APPEARANCES IN EUROPE AND THE UNITED STATES

Rosalia has taken her music to major venues in Europe and the United States, appearing before thousands of people. In Austria, at the renowned Wiesen Vienna Festival, Salzburg and Velden. In Playa de las Americas, Tenerife, Spain. In the United States, she performed at the New Orleans Jazz Festival, in Houston´s Jazz Festival, the Salsa Congress Houston Jazz Latin Festival at Brownsville on three occasions and the AMA Convention in Houston, among others. During his recent stay in Switzerland (Zurich) and Austria (Salzburg) in January and August 2013, she was introduced in: Gala Dinner for YPO Zurich: Young Presidents' Organization. Private Party at Buech Restaurant in Herrliberg, Switzerland. Charity Events. Park Plaza Hotel Los Angeles where she play with Arturo Sandoval- Restaurants and others.

In Mexico, where she has resided since 1993, Rosalia has gained recognition with countless festival appearances as “Fiestas “ Pitic “ (Pitic Parties), where she sang to more than 8,OOO people, cultural events, clubs, theaters, hotels, conventions and a multitude of TV programs in that country. Show less 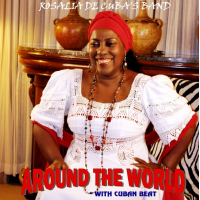 Around The World with... 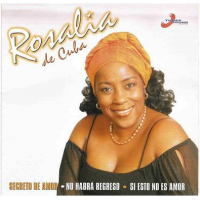 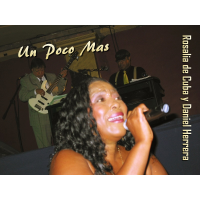 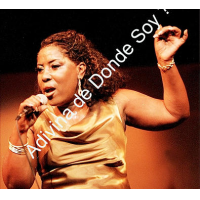 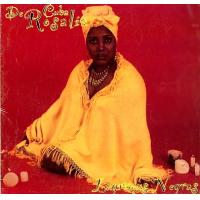 All About Jazz musician pages are maintained by musicians, publicists and trusted members like you. Interested? Tell us why you would like to improve the Rosalia de Cuba musician page.