Since 1987, Rusty Crutcher has composed, arranged, recorded and released nine albums on his artist-owned label, Emerald Green Sound Productions, including six “Sacred Sites Series” releases which were composed at locations recognized as sacred for thousands of years. Crutcher has three releases of smooth instrumental music, and has produced albums by other artists, and sound tracks all on the Emerald Green label. BACKGROUND

Rusty Crutcher is a composer, producer, multi-instrumentalist and inventor. He is best known as an acutely perceptive and a technically accomplished composer of music for beauty’s sake, trance states, relaxation, massage, yoga, inspiration, and health – music to touch and heal the body, mind and spirit. Crutcher combines these diverse talents in his internationally acclaimed Sacred Sites Series and Quiet Music.

The six releases to date in the Sacred Sites Series emerge from a union of location-specific compositions with environmental sounds recorded at places and events of exceptional spiritual energy. Sites include Glastonbury, England; Machu Picchu, Peru at the time of the Harmonic Convergence, lively animal recordings from the Amazon Basin; solstice and equinox events at Chaco Canyon, New Mexico; ocean and animal sounds during a total solar eclipse at La Paz, Baja California; and sounds from the Great Serpent Mound, a Native American site in southern Ohio.

Crutcher began his career with the study of woodwinds, composition and theory under the tutelage of charter Glenn Miller band member, Hall Tennyson. After graduating from Robert E. Lee High School in Houston, Crutcher was awarded a full music scholarship to Southern Methodist University in Dallas, where he received his Bachelor of Fine Arts degree.

Relocating first to New York City, he studied multiple woodwinds with famed clarinetist/saxophonist Eddie Daniels, Crutcher then continued his studies of woodwinds, composition and piano in Los Angeles with studio giants such as Buddy Collette and Bill Green, and at the Dick Grove School of Music.

Over ten years in Los Angeles, Crutcher played saxophone and other woodwind instruments for film, TV, commercial and album dates. He has performed and appeared with such diverse acts as Alphonse Mouson (Weather Report), The Emotions, Ronnie Laws, Asleep at the Wheel, the Elvis Bishop Band, the Coasters, The Drifters, Santa Fe Orchestra, Bob Hope (I was very young), among others.

In the early 80′s, Crutcher was one of the first to enter the revolutionary field of sound sampling technology. The purchase of a Roland MIDI synthesizer and now primitive IBM PC profoundly affected Crutcher’s musical evolution, opening new vistas in composition, recording techniques and sound design. This exciting new technology would later make possible recordings like the Sacred Sites Series, where a seamless blend of studio and field recording create a single, unified listening experience.

Years of living in the country’s largest urban centers, and a desire to return to the “music of nature,” drew Crutcher to the contemplative landscape near Santa Fe, New Mexico, where he was to live for thirteen years before moving to Austin, Texas, then to Blue Grass of Lexington, Kentucky. Way back in 2002 I embarked on an academic journey into music. Without a bachelor degree in music, I took background courses and then completed my masters degree in composition at Texas State University in 2006. In 2007 I was offered a scholarship at the University of Kentucky and embarked on a Ph.D. in Music Theory. Believe me, this was all unplanned as I was letting life unfold as it would. It’s hard to believe that I’ve put 10 years into this. Currently I’m working, more realistically contemplating, the completion of my dissertation. Frankly, I’m just not feeling it and not sure where or how to get it back, if I even want it back.

Rusty Crutcher Saxophone
“…Outstanding masterpieces that quench the thirst of those who seek inspiration through music…. The music is of superior quality in terms of how the composer approaches the music and the effect it has on the listener.” – LIVEGREEN Magazine

“I would say that Rusty Crutcher has achieved something that no other musician has achieved and that is this special blend of natural sounds and music. He has succeeded wonderfully to aid the listener to remember and that’s important.” – Atticus Geld, music critic, England

“This music is deeply moving, invoking the grand, awesome power of the physical world, and its sacredness

“…Outstanding masterpieces that quench the thirst of those who seek inspiration through music…. The music is of superior quality in terms of how the composer approaches the music and the effect it has on the listener.” – LIVEGREEN Magazine

“I would say that Rusty Crutcher has achieved something that no other musician has achieved and that is this special blend of natural sounds and music. He has succeeded wonderfully to aid the listener to remember and that’s important.” – Atticus Geld, music critic, England

“This music is deeply moving, invoking the grand, awesome power of the physical world, and its sacredness. Use it for healing the emotional, physical self, for relaxing and inspiring awe. Recommended.” – MASSAGE MAGAZINE

“We have here a master musician… They say that our universe is composed of music and if this be so, then the next greatest musician is Rusty Crutcher!” – NEW DIMENSIONS 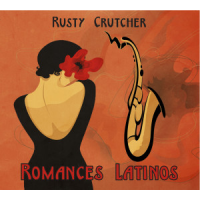 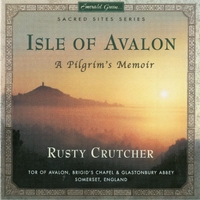 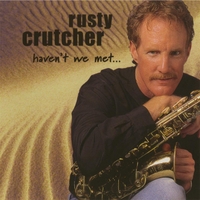 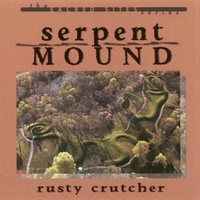 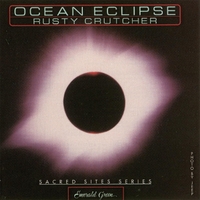 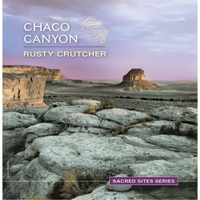 All About Jazz musician pages are maintained by musicians, publicists and trusted members like you. Interested? Tell us why you would like to improve the Rusty Crutcher musician page.