Born in Corsica, Hervé Caparros (Leader) learned to play the guitar by himself, at the age of 16. He was then under the influence of rock and blues music, listening to artists like Stevie Ray Vaughan, Jimi Hendrix, Eric Clapton, AC/DC or Van Halen… Two years later, he discovered jazz, with Michel Petrucciani, and especially Bireli Lagrene which was a true revelation. He then turned to improvisation and met with many musicians from the Nice region, such as Franck de Luca, Linus Olson, Alain Asplanato, Robert Persi, or Jean-Marc Jafet who was to become one of his musical references and to represent a major step in his learning process. At the same time as these encounters, he participated in practice training at the Patrimonio Guitar Festival, in Corsica, during which, he met with guitarist Louis Martinez, professor at the Conservatoire de Sète, who was to provide him with a solid technical basis and develop his taste for jazz music. At that time, he met with famous French jazz scene artists, like Michel Perez, Mauro Serri, Bireli Lagrene, Louis Winsberg, Linley Marthe. From 1999 to 2004, he continuously played in various combos with quite different styles: French pop music, rock, African music, reggae and, of course, jazz… With this wealth of experience, he moved to Brussels and played with people such as Paolo Loveri, Lorenzo Di Maio, Pascal Mohy, Erik Vermeulen, Peter Hertmans, Toine Thys, Bart de Nolf or Lionel Beuvens. 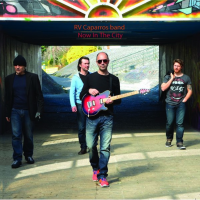 Now In The City 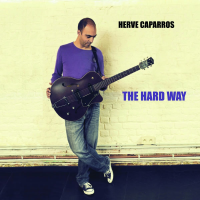 All About Jazz musician pages are maintained by musicians, publicists and trusted members like you. Interested? Tell us why you would like to improve the Rv Caparros musician page.